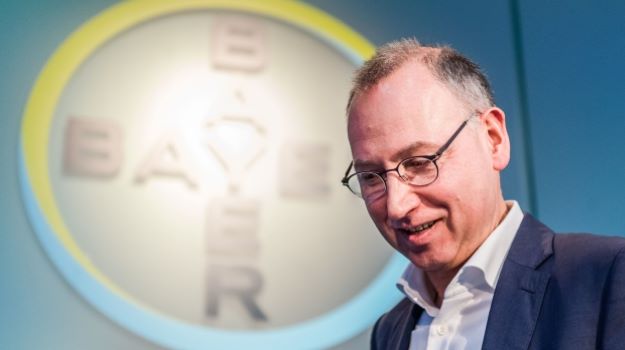 Despite a 24% increase in Bayer’s year-to-date stock price and a transformative restructuring of its pharmaceutical pipeline with rapid expansions of its cell and gene therapy offerings, one shareholder is calling for a change at the helm of the venerable Germany-based life sciences company.

Singapore-based Temask Holdings is calling for the installation of a new chief executive officer at Bayer. Citing “people familiar with the matter,” Bloomberg reported that Temask has informed Bayer’s board of directors that it is pushing for a new CEO. The investment group is not happy with the operating performance of the company under the leadership of Werner Baumann.

Temask isn’t the only shareholder to express dissatisfaction with Bayer. Alatus Capital has also shown displeasure and urged a change in leadership, Bloomberg reported. In its announcement, Alatus said Bauman’s actions have led to “significant shareholder value destruction at Bayer.” Since he took over as CEO in 2016, Alatus said Bayer’s share price has declined by 48%. Alatus also criticized what it called a failure to lay out and “implement a strategy that produces a long-lasting growth in Crop Science and Pharmaceuticals.”

“Mr. Baumann must take full responsibility for the failure of his leadership at the helm of the company and his actions should not be ratified at the upcoming Annual General Assembly,” the investment group said.

However, as Bloomberg noted, concerns raised by Temask carry significantly more weight than those from Alatus. Temask has a 4% stake in Bayer and was a financier of the Monsanto acquisition.

A shareholder meeting is scheduled for April 29 and Temask will push for a vote of no-confidence in Baumann, according to the report. Backed by investment capital from Temask, Baumann, who has helmed Bayer since 2016, was the driving force of the company’s $63 billion acquisition of St. Louis-based Monsanto. Since that acquisition, Bayer has been forced to rapidly adapt to multiple lawsuits against the company over claims that its weedkiller product Roundup caused cancer following prolonged use. As a result of the lawsuits, Bayer has had to sell off different assets from its broad portfolio to cover the damages.

Two years ago, Bayer sold most of its stake in Elanco Animal Health for $1.6 billion to cover legal bills related to the ongoing litigation over Roundup and its alleged role as a carcinogen. Bayer owned approximately 15.5% of Elanco. In June of that year, the company proposed a $12 billion agreement to resolve Roundup litigation.

The thousands of lawsuits that have amounted to billions of dollars in damages put Baumann in the crosshairs of Bayer investor anger. In 2019, he lost a vote of no confidence from shareholders, the first Bayer CEO to do so. Since then, Baumann has weathered the storm and been able to regain some lost footing, as well as orchestrate a renaissance in its pharma business.

Over the past several years, Bayer has invested significantly in the acquisition of multiple cell and gene therapy assets and companies. The company launched a new cell and gene therapy platform to advance novel approaches to treating a myriad of diseases. This year, it forged a collaboration with Mammoth Biosciences to harness that company’s CRISPR technology to develop in vivo gene editing therapies.