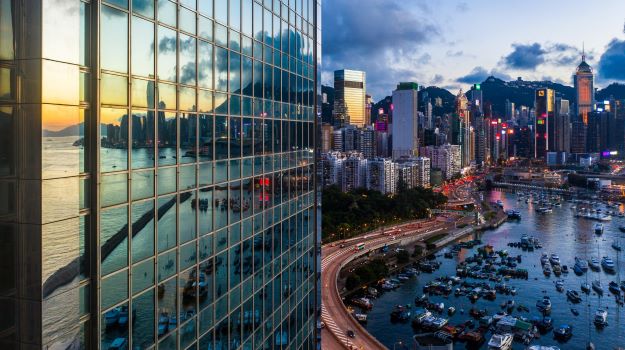 The $73 million proceeds from the merger will advance the Phase II development of Apexigen’s lead asset, sotigalimab, a CD40 agonist antibody with first-in-class and best-in-class potential. The company is conducting multiple Phase II studies across several cancer indications. One study pairs sotigalimab with chemoradiation as neoadjuvant therapy in esophageal/gastro-esophageal junction cancer. Preliminary data from the study is expected in the first half of this year. Sotigalimab is also being assessed in combination with standard-of-care chemotherapy in sarcoma, with initial data expected by the end of the year. The company also intends to consult with the U.S. Food and Drug Administration about a potential registrational path in post-anti-PD-(L)1 melanoma in mid-2022.

Xiaodong Yang, MD, Ph.D., president and chief executive officer of Apexigen, expressed excitement about the merger with Brookline. Yang noted the finances from the deal would strengthen the company’s balance sheet and allow it to advance the Phase II development of sotigalimab.

“We remain encouraged by emerging data from ongoing Phase II clinical trials of sotigalimab, a potentially first-in-class and best-in-class CD40 agonist that may provide superior clinical benefit across multiple important cancer indications. Together with Brookline Capital Acquisition Corp., we look forward to driving sotigalimab through Phase II development and delivering on our shared vision to overcome outstanding challenges in oncology,” Yang said in a statement.

Apexigen wasn’t the only company to announce plans to head to the Nasdaq through a merger with a SPAC. Two other companies also announced their intentions today.

Benuvia, a leading drug developer focused on pharmaceutical cannabinoids, entered into a definitive merger agreement with Pono Capital Corp, a special purpose acquisition company. The merger brings a pro forma value of $440 million that will support the commercialization of Syndros, a dronabinol oral solution that has been approved for treating chemotherapy-induced nausea and for vomiting in cancer patients and loss of appetite in AIDS patients. Texas-based Benuvia is also being advanced in other indications, including Alzheimer’s disease agitation.

The finances from the merger will allow the company to push Syndros and other cannabinoid-based treatments into new market indications.

“With Syndros as a foundation for our platform of dronabinol oral solutions, we believe Benuvia is well-positioned to become a leading cannabinoid-based drug development company,” Shannon Soqui, executive chairman of Benuvia said in a statement. “Given the historical efficacy studies on THC, we believe our dronabinol oral solution (THC) is well suited to treat a broad set of indications, from Agit-AD to anorexia in cancer patients. With our research lab and manufacturing facility, we are also able to develop and produce pharmaceutical formulations to meet our targeted needs under one roof.”

The transaction is expected to close in the third quarter of 2022. Following the conclusion of the merger, Benuvia will seek to list on the Nasdaq exchange.

Also heading to the Nasdaq is Sorrento Therapeutics subsidiary, Scilex Pharmaceuticals. Scilex will merge with Vickers Vantage Corp. I. The merger will provide combined funds of $140 million and is expected to close in the third quarter of this year.

The proceeds are expected to finance commercialization plans for its non-opioid injectable, SP-102 (Semdexa). In December, SP-102 received Fast Track designation to treat lumbosacral radicular pain. Following positive topline results from its Phase III program, Scilex believes that Semdexa will be the first non-opioid epidural injection for sciatica approved by the FDA. That approval could line Semdexa up to replace the 10 to 12 million off-label epidural steroid injections in the United States each year.

According to the company, funds from the merger will also be used to advance some mid- and late-stage clinical programs. Additionally, finances could be used to assess Semdexa in other indications.