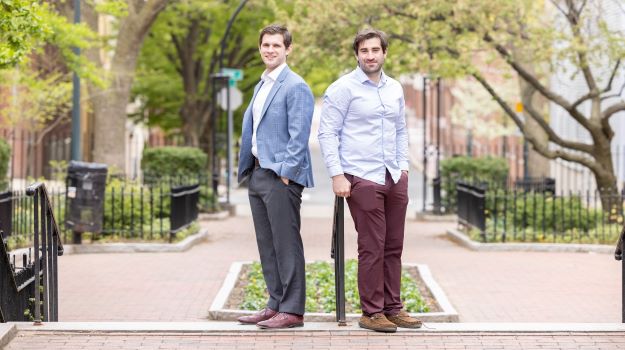 The FDA’s Peripheral and Central Nervous System Drugs Advisory Committee will face its first big test since the regulator went against its vote on Biogen’s Aduhelm (aducanumab), approving the still-controversial Alzheimer’s drug in June 2021. On Wednesday, the Committee will vote on Amylyx Pharmaceuticals’ amyotrophic lateral sclerosis (ALS) drug AMX0035.

Maybe this Committee is just a magnet for controversy, or perhaps it’s that this decision could potentially be even more loaded. While the impacted patient population is much smaller – the Centers for Disease Control and Prevention says that approximately 12,000 - 15,000 Americans are currently living with ALS with approximately 5,000 more diagnosed each year – it is a mighty, and vocal group.

You would be too if you were stricken with this progressive, always fatal neurodegenerative disease. ALS is a whole different level of cruel, robbing its victims of the ability to walk, talk, eat, swallow and eventually breathe. Understandably, the very second Aduhelm was approved, patients and advocates were crying out for their own regulatory flexibility.

“The FDA needs to do the same thing for ALS as they did for Alzheimer’s,” Nicole Cimbura, co-lead for the legislative affairs team at advocacy group I AM ALS, who lost her husband to the disease, said in a previous interview with BioSpace. Waiting means death within 3-5 years for ALS. Approve NurOwn and AMX0035 and conduct rigorous post-approval Phase IV trials,”

NurOwn is BrainStorm Cell Therapeutics’ ALS candidate, which was shot down by the FDA in February 2021 with arguably more clinical data backing it up than Aduhelm. While the regulator said data from the Phase III trial did not meet the threshold of substantial evidence required for a Biologics License Application (BLA), BrainStorm said NurOwn did demonstrate a clinically meaningful treatment response in a pre-specified subgroup. Conversely, an overwhelming number of Advisory Committee members voted that Aduhelm did not meet this efficacy threshold – to the point where three of them resigned over its approval.

AMX0035, of course, is where we are now. Amylyx’s path to potential approval has also been fraught. Despite positive data from a Phase II trial, the FDA said in April that it would require the company to conduct an additional placebo-controlled clinical trial. In the case of diseases with a high unmet need, the FDA has room to grant approval based on a mid-phase study. Five months later, the regulator came back and gave Amylyx the green light to proceed with a new drug application (NDA). Notably, this was three months after Aduhelm’s approval. It also came after a pre-NDA meeting held July 15.

In the Phase II CENTAUR placebo trial, which was comprised of 137 participants, AMX0035 showed a 6 ½ month survival benefit for the treatment group. After 24 weeks, patients on placebo were moved to active therapy with the drug. The median survival duration through the open-label, long-term follow-up phase was 25 months in the group that started on AMX0035 compared to 18.5 months in the group that began on the placebo. While this may not sound like much, it could just provide enough time for a miracle breakthrough to occur. Or, it could mean six and a half more months of birthdays and other celebrations spent with loved ones, I AM ALS said in a statement to the FDA regarding the AdCom.

Becky Mourey, a 58-year-old mother and musician from Massachusetts who has been living with ALS for nearly two years, wrote a letter to Dr. Billy Dunn and Dr. Eric Bastings, director and deputy director at the FDA’s Office of Neuroscience, in July 2021, urging them to find an expeditious pathway to the approval of the drug.

“I am a musician who can no longer make music. A runner who can no longer run. I can no longer open my own can of seltzer water or squeeze the toothpaste out of the tube. But I can feed myself. I can bathe myself. And I can use the bathroom by myself. Any drug that would slow down the progression of this disease and slow down the loss of function is gold to me. Keeping my independence for 6.5 months or greater is significant to me,” she wrote. In the eight intervening months, Mourey has lost the ability to do all of those things without assistance. She asks, if she had had access to AMX0035 in July, would she still be somewhat independent?

Speaking with BioSpace ahead of the AdCom, Mourey said she has been hyper-focused on AMX0035 since before she was diagnosed with ALS in November 2020. She believes the current data is “100% enough” for the drug to be approved, adding that “it would mean so much to her and the entire ALS community,” if it is.

In her statement to the Advisory Committee, Mourey said that AMX0035 has “outperformed the two mediocre therapies currently on the market.” These would be Riluzole, the first drug approved by the FDA to treat ALS in 1995, and Mitsubishi Tanabe’s Radicava, which was approved in 2017. Incidentally, Radicava was approved based on Phase III clinical trials and data that demonstrated a 33% reduction in the decline of physical function over six months of treatment.

In advocating for AMX0035, Amylyx Co-founder and Co-CEO Justin Klee previously told BioSpace, “I think the take-home is that this is the first time a treatment in ALS has shown a benefit in both function and survival, which, of course, being a progressive fatal illness, is what one would want to see.”

I AM ALS makes a similar point. “ALS trials have notoriously failed in the past, in part because ALS is a highly heterogeneous disease, and different therapies may work for different people. In spite of this heterogeneity, AMX0035 treatment led to a robust and significant slowing of disease progression,” the statement reads.

While the Advisory Committee will only be able to review data from the CENTAUR trial, Amylyx is currently assessing AMX0035 in a Phase III trial by the name of PHOENIX. The trial aims to enroll 600 participants across 70 sites in the U.S. and Europe with definite or clinically probable ALS within 24 months of symptom onset. The company states that this trial will have broader inclusion criteria than the CENTAUR study.

So, is the current data enough to secure Amylyx an approval?

“Yes,” said Dr. Richard Bedlack, M.D., Ph.D., a professor of neurology and director of the Duke ALS Clinic at Duke University School of Medicine. “This is the first drug ever tested in people with ALS that has shown clinically and statistically significant effects on BOTH of the most important ALS trial measures: function and survival. As an ALS doctor, this is something I want to be able to offer my patients as soon as possible,” Bedlack told BioSpace in an e-mail. He added that he hopes the FDA will use a “conditional approval,” like in the case of Aduhelm, as he believes that replication is scientifically important.

Comparisons to Aduhelm place AMX0035 in both a superior and inferior position. While Aduhelm was approved based largely on the premise that it reduced amyloid beta plaques and p-tau181, both biomarkers of Alzheimer’s disease pathology, the ALS space does not have the benefit of such accepted biomarkers – though recent research published in Nature and backed up by new genetic data from the Phase III trial of NurOwn may change that.

On the other hand, Aduhelm’s label contains a warning to physicians to monitor for ARIA-E – abnormal differences seen in neuroimaging of Alzheimer's Disease patients, which are associated with amyloid-modifying therapies like Aduhelm. This side effect occurred in 35% of patients on the approved dose in Phase III trials of the drug. Biogen has since taken heat for this, particularly when a patient exhibiting ARIA while taking Aduhelm died in November. It is not yet known if the death was connected to Aduhelm.

AMX0035 is made up of two already approved drugs – sodium phenylbutyrate, which was approved by the FDA in 1996 to treat urea disorder in infants, and taurursodiol, which Mourey notes is available through Amazon – and has demonstrated a robust safety profile.

In fact, many patients, such as Layne Oliff, a New Jersey pharmacist living with ALS, are already taking these two components. Oliff told BioSpace he has not suffered any severe adverse effects, such as the reported GI symptoms, but is concerned about the quality of the generic and supplemental products.

“Supplements are all over the place when it comes to quality. Comparing the two components to AMX0035 being approved as a combination product, [it] would have to meet USP (United States Pharmacopeia) standards, so the quality is assured,” Oliff said. He also noted that Medicare and other payers would be more likely to reimburse an approved drug.

Bedlack believes the Aduhelm decision will factor into Wednesday’s vote and the FDA’s ultimate decision.

“In my opinion, that drug had even less evidence of clinical benefit and an even greater risk profile than AMX0035,” he said. “The FDA apparently felt that Alzheimer's disease was so bad that it wanted to get something new out there for patients. So, it used a conditional approval for Aduhelm, allowing patients to try it but also forcing a confirmatory trial [by Biogen]. I think this was an excellent decision and I hope the same humanitarian mindset will prevail at the FDA for AMX0035.”

The brain and all its complexity is the primary reason this particular Advisory Committee is a magnet for controversy. Its members are under considerable pressure from numerous angles this week: patient communities, ALS doctors and the scientific establishment – not to mention the daunting task of determining the true value of a drug that has thus far shown only a modest survival benefit. It is not an enviable position.