Pharma Growth Across the Globe: AstraZeneca, BeiGene and More 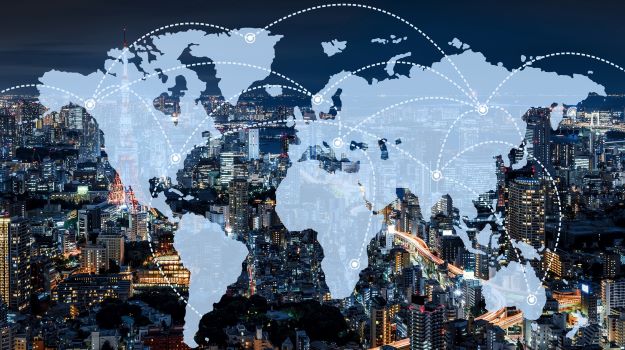 It's been a busy week so far, with new discovery facilities launched in the biotech space.

NeuExcell Therapeutics is poised to establish its corporate headquarters in Philadelphia after signing a lease agreement with The Discovery Labs in King of Prussia.

The multi-year lease covers an over 20,000-square-foot lab space with the complex's massive campus, which houses various companies involved in research and development, cell and gene therapy, cGMP, and manufacturing. The other occupants of The Discovery Labs include Wuxi Biologics, the Center for Breakthrough Medicines, GlaxoSmithKline, and Penn Medicine's Gene Therapy Program.

NeuExcell's platform, based on research by Professor Gong Chen, utilizes neural repair technology and gene therapy to deliver certain types of proteins to specific sites in the brain, leading to the regeneration of functional neurons. Its technology has demonstrated the potential to create therapies that may treat neurodegenerative illnesses and neural injuries.

"Discovery Labs is the premier place to be for gene therapy research in the Philadelphia region. Our team at NeuExcell is thrilled to have a long-term home there, as we look to advance our pipeline of revolutionary treatments for neurodegenerative diseases," said Russ Addis, the vice president of research at NeuExcell, in a statement.

The company is not the only biotech to establish new ground this week. AstraZeneca today unveiled The Discovery Centre (DISC) in Cambridge, UK, which is a vast, state-of-the-art R&D facility that has the capacity to accommodate more than 2,200 research scientists. His Royal Highness, The Prince of Wales, was there to witness the launch.

“Our new Discovery Centre in Cambridge raises the bar for sustainable R&D and global collaboration across our industry. It will allow us to break new boundaries in the understanding of disease biology, bring life-changing medicines to patients and power the next stage of our company’s growth,” commented Pascal Soriot, the chief executive of AstraZeneca, in a separate statement.

The £1 billion (approx. $1.3 billion) structure will house robotics, artificial intelligence, and high-throughput screening technology developments. DISC expands AstraZeneca's R&D network in more than 40 countries, including development facilities in Japan and China and research centers in the U.S. and Sweden. The new facility is located within the Cambridge Biomedical Campus.

BeiGene, which is focused on creating innovative cancer treatments, is looking to invest several hundred million dollars to build on 400,000-square-feet of space. Construction is set to begin in 2022, with the goal to be operational by 2024. The property also has over one million square feet of area that could accommodate future expansion plans.

"With this property acquisition, we plan to establish a flagship manufacturing and clinical R&D center in the U.S. to diversify our global supply chain. We are proud to take this next step in our journey to advance impactful treatments and make them more accessible to patients around the world," noted John V. Oyler, the co-founder, chairman, and CEO of BeiGene, who also said they have begun hiring new staff from within the NJ area.

BeiGene, which first announced this plan in August, has a global team of more than 7,700 people across five continents. It currently has over 40 clinical candidates in its pipeline.

The extension will consolidate operations at the Visp site and add new high throughput equipment to meet growing demand. It will also house a dedicated pilot suite with a 50-liter fermenter and downstream equipment. The new facilities are expected to be ready for use by the end of this year.