JHL's Judas Kiss: an Inside Look at JHL Biotech's Theft from Genentech 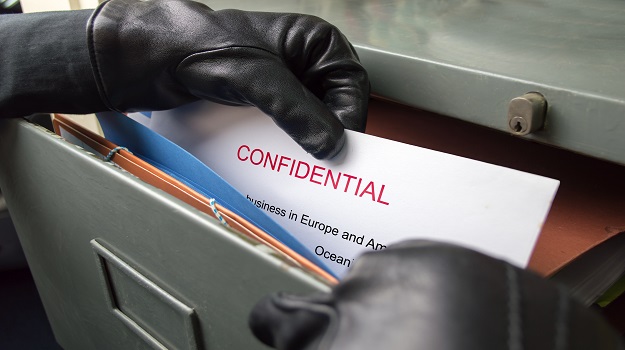 The sentencing this week of two executives indicted last year for theft of trade secrets from Roche subsidiary Genentech nearly brought an end to the long-running saga of attempts to use intellectual property from the South San Francisco-based company to become first to market in China with a Rituxan biosimilar.

Executives from the Taiwan-based company formerly known as JHL Biotech recruited research scientists from Genentech to steal trade secrets related to several cancer drugs, in order to hasten the development of biosimilar drugs for the Chinese market. A little more than five years ago, an anonymous whistleblower at Genentech alerted the company to the scheme that was already years old at that time.

This prompted an investigation revealing that a trusted principal scientist, Xanthe Lam, had been compiling documents related to the development of Rituxan, as well as Pulmozyme Herceptin and Avastin. Not only was Lam sharing the data with her husband Allen Lam, who was working at JHL, but she was also educating JHL scientists via weekly Skype calls about the Genentech research.

After Genentech discovered Lam’s breach, attorneys from Keker, Van Nest & Peters were brought in to assist the company’s in-house counsel with the investigation. Laurie Mims and Cody Harris, two of the attorneys from that firm, spoke with BioSpace to discuss what they described as one of the most interesting cases of their careers.

“This was a case where a high-level and trusted scientist was taking information and sending it abroad in order to build a company from scratch, a company that would develop medicines to compete with proprietary medicines that Genentech makes. When people violate that trust and betray that trust, there need to be consequences,” Harris said. “It was a crime that involved many people.”

Genentech’s internal review revealed that multiple documents had been stored on Lam’s hard drive in folders actually marked “JHL,” Mims said. The documents were found in system backups that were regularly conducted to protect company data in case of a catastrophic event, she noted. The company, working with its outside counsel, quickly brought the United States Department of Justice into the case to conduct a criminal investigation, five years to the day the sentencing was handed down.

It took six months before the DOJ secured a search warrant for Lam’s computer. In the meantime, she continued to work at Genentech, unsuspecting that she had been discovered. Although at least some of the Genentech executives knew of the betrayal, Harris said Lam remained a respected scientist with several patents to her name to the rest of the company.

Once government agents executed the warrant and conducted their search, Lam’s involvement in the scheme was revealed, which led to the realization of the JHL scheme that dated back to 2008. That led to criminal charges against Lam, her husband and the JHL executives. At the same time, Genentech also leveled its own civil lawsuit against the company, Harris said.

While the government was slower to act than the Keker, Van Nest & Peters attorneys had hoped, Harris said the time frame allowed the DOJ to secure subpoenas against the JHL team and also preserve evidence that would have likely been destroyed if the civil case went forward ahead of the government’s charges.

Lam, who was terminated by Genentech in 2017, was indicted along with her husband Allen and two other conspirators, Hohn Chan and James Quach. They received the information from Lam, and in turn, sent the information to JHL Biotech, including Chief Executive Officer Racho Jordanov and Chief Operating Officer Rose Lin. Earlier this week, the United States government sentenced Jordanov and Lin for their respective roles in conspiring to commit trade secret theft.

Once both criminal and civil charges were filed against the individuals and companies, the Genentech teams moved swiftly to halt JHL’s biosimilar development program with an injunction. The JHL program at this time was in Phase III trials.

If the company had been allowed to complete the studies, it could have sought approval in Taiwan, as well as in mainland China. Mims said the theft of the Genentech data gave JHL an unfair advantage over biosimilar developments. If JHL entered those markets with an illegally-gained biosimilar, the company would have carved out a significant share of the marketplace ahead of its competitors, Harris said.

The legal noose tightened around JHL and the conspirators. Ultimately, that company was forced to destroy all cell lines and cell banks associated with Genentech’s medications. Genentech and JHL Biotech signed a Memorandum of Understanding ensuring the destruction of that data. Additionally, the Taiwan-based company agreed to not disclose or share any of the confidential information that belongs to Genentech in any way.

“Everything they were doing went literally down the drain as they were forced to destroy cell lines and other data stolen from Genentech,” Harris said.

The civil case brought against JHL forced significant change at the company. Not only were its founders and some staff members outed, but it was also forced to rebrand itself completely in order to distance itself from its criminal past. Last year, JHL Biotech changed its name to Eden Biologics, a biosimilar company that currently has one asset in the clinic for osteoporosis associated with prostate and breast cancer.

Although the former JHL executives have now been sentenced for their role in the crime, Allen and Xanthe Lam still await sentencing. Harris and Mims said they anticipate that within the next several months.

The two attorneys touted the collaborative effort between their firm, the U.S. Department of Justice and the Genentech in-house counsel. Without the combined efforts, they said the case may not have turned out as well as hoped.

While the Genentech and JHL Saga now seems to be nearly complete, both Mims and Harris noted that there are numerous other cases involving the theft of trade secrets, with a particularly high number involving Chinese researchers. In 2017, the Federal Bureau of Investigation issued a report suggesting that intellectual-property theft related to bad actors from China costs the U.S. as much as $600 billion annually.