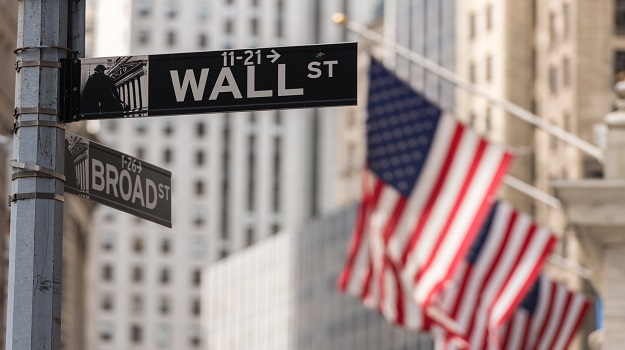 Five Chinese companies face potential delisting from Wall Street if they fail to comply with new audit orders from the U.S. Securities and Exchange Commission (SEC). The SEC said that Yum China, BeiGene, Zai Lab, HutchMed and ACM are all at risk if they do not give U.S. regulators access to their audit records.

These five companies all recently filed their annual reports with the SEC, and they are the first Chinese companies to be identified as failing to comply. They could soon be followed by all Chinese companies on the SEC’s list, about 270 in total. These companies account for some $2.1 trillion in total market capitalization.

Unfortunately, the lack of compliance could be out of these businesses’ control. Beijing has blocked Chinese companies from complying with these requirements by only allowing domestic firms access to audit paperwork.

The audit orders follow the Holding Foreign Companies Accountable Act (HFCAA) passed in December of 2020. Essentially, the law mandates that the Public Company Accounting Oversight Board (PCAOB) must be able to inspect audits of foreign firms listed on US markets. It is specifically targeted to Chinese companies, and it permits the SEC to ban companies from trading and be delisted from U.S. exchanges if American regulators are not able to review company audits for three consecutive years.

Of the five companies currently at risk, Yum China is one of the most profitable. It controls KFC, Taco Bell and Pizza Hut in China, and currently has a market capitalization of $18.8 billion. When the company’s potential delisting was announced on Thursday, Yum China’s stocks dropped 15%.

In a US regulatory filing at the end of February, Yum China stated that its shares would be delisted in 2024 due to “factors outside of our control including the approval of Chinese authorities.”

Yum China isn’t the only company whose stocks were affected; the announcement spurred a large sell-off of Chinese stocks traded in the U.S. On Thursday, ACM Research was down 27%, HutchMed fell 8% and Zai Lab dropped 19%.

Biotech giant BeiGene, which currently has a market worth of $22 billion, fell 12%. A little over 50% of BeiGene’s listed shares are traded in New York, and the other half are traded in Hong Kong and Shanghai.

In a statement to BioSpace, BeiGene emphasized that the SEC's announcement was an administrative step, and a company’s listing would be impacted only after the PCAOB is unable to inspect the auditor for three consecutive years.

“BeiGene is a global biotech company, with significant operations in the US. We are working to be compliant with the HFCAA and fully expect to maintain our listings on the NASDAQ, HKEX and the Shanghai Stock Exchange," the company told BioSpace. "As we have previously disclosed, since the emergence of the HFCAA act, we have invested significant efforts to evaluate and design additional business processes and control changes and are committed to implementing a solution that satisfies stakeholders’ expectations ahead of the deadline.”

Microchip equipment maker ACM is optimistic about the filing, most likely due to the fact that its headquarters are based in California. Following Thursday’s announcement by the SEC, ACM Research said that it is "actively seeking a solution, communicating and working to meet the SEC requirements by the 2024 deadline” in a filing to the Shanghai Stock Exchange.

The SEC's announcement is just one of many setbacks for Chinese companies doing business in the U.S. In February, the U.S. Food and Drug Administration announced that it was slowing down the process of potentially approving dozens of new medications that had initially been developed for the Chinese market, stating that it did not believe the data accrued in those studies was strong enough to support regulatory approval in the U.S. In July of 2021, the SEC halted registrations of U.S. initial public offerings (IPOs) by Chinese companies, saying that it was waiting for the Chinese government to disclose to investors the risks to investment with the Chinese government interfering in the businesses.

In a post on WeChat, China’s most popular messaging app, China’s Securities Regulatory Commission said that authorities in China are communicating with the U.S. Public Company Accounting Oversight Board and have made “positive progress.”

The SRC stated that it respects overseas regulators' efforts to strengthen supervision over accounting companies to improve the quality of the financial information of listed companies, but firmly opposes the wrong practice of some forces politicizing securities regulation.