U.S. Senate to Take Up Proposed $35 Insulin Cap this Spring 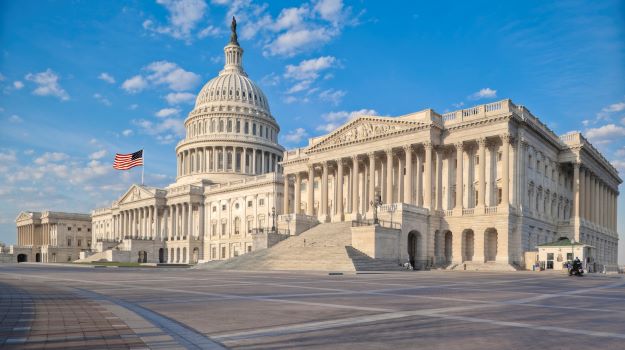 In his State of the Union Address earlier this month, President Joe Biden called for a $35 cap on insulin costs that are provided by insurance programs. This spring, the U.S. Senate is poised to lend its support to the plan that has already been approved by the U.S. House of Representatives.

Pharmaphorum reported that Sen. Chuck Schumer, the majority leader in the Senate, indicated that the legislative body will vote on the plan after the April recess. The legislation, dubbed “Affordable Insulin Now Act,” will require private groups and individual insurance plans to cap insulin costs at $25 per month. The legislation calls for the insurance programs to cover at least one of the dosage forms, either vial or pen, and insulin type, rapid-acting, short-acting, intermediate-acting and long-acting for that price. The government-supported Medicare will be required to charge no more than $35 for whichever insulin products they cover in 2023 and 2024, and for all insulin products beginning in 2025.

Lawmakers who support insulin caps have long pointed out that many Americans who rely on life-saving insulin have had to ration their medication as they face increasing costs of the drug, as well as other daily costs, such as food and rent. Sen. Tammy Duckworth of Illinois, who co-signed the Act last week, said, “No American who relies on insulin should have to ration their medication to afford their bills.”

During his State of the Union Speech, Biden said that one-fourth of Americans who rely on prescription drugs struggle to afford the drugs. He added that nearly 30% of prescription drug users have skipped doses of essential drugs they’re supposed to take as part of rationing efforts. Regarding insulin, Biden said he was appalled that a drug that costs approximately $10 to make can have a list price of more than $300.

“This is the United States of America, for God’s sake. That’s just wrong. It’s simply wrong, especially since it doesn’t cost the drug companies nearly, nearly, nearly, nearly as much to make the drug or the research that went into them,” Biden said.

For their part, the pharmaceutical industry has typically pointed the finger at the insurance industry and pharmacy benefits managers for the high costs of drugs.

Earlier this year, Civica Rx announced plans to manufacture and distribute insulins that are interchangeable with those developed by the three big pharma companies at a cost of no more than $30 per vial or $55 for a box of five pen cartridges. The organization, which was founded in 2018, believes the insulin products can be available by 2024.