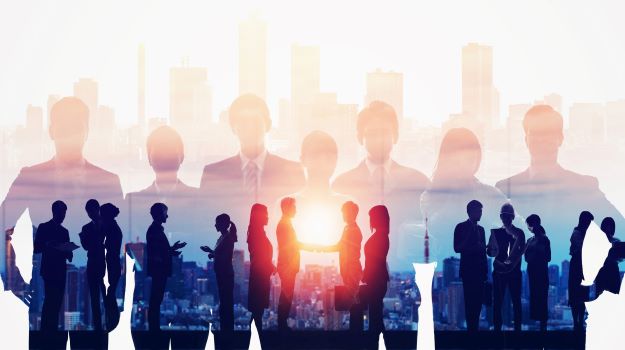 With new members of leadership teams and boards of directors, these biopharma and life sciences companies are plotting the course for a strong 2022.

2seventy bio – Steven Bernstein was named chief medical officer of bluebird spinout, 2seventy bio. Also, Susan Abu-Absi was appointed chief technology & manufacturing officer at 2seventy bio. Prior to joining 2seventy, Bernstein served as chief translational officer at Turnstone Biologics. Before that, he served as chair of immuno-oncology translational Research and Development and head, integrated science, at Bristol-Myers Squibb. Before BMS, he was an academic physician scientist most recently at the University of Rochester’s James P. Wilmot Cancer Institute. Abu-Absi most recently served as the senior vice president and head of technical development & operations at 2seventy bio. Previously, she led the oncology manufacturing organization at bluebird bio. Prior to joining bluebird, she spent more than ten years in the global product development & supply organization at BMS supporting clinical and commercial biologics drug substance manufacturing at internal sites and contract manufacturers.

Vaxart, Inc. – Edward B. Berg was tapped to serve as the first in-house General Counsel of Vaxart. He joins Vaxart from BioMarin Pharmaceutical Inc., serving as deputy general counsel. Prior to BioMarin Pharmaceutical, he served as vice president of Legal in the BioPharm division of Sandoz US, a Novartis Company.

Transgene – Steven Bloom was named chief business officer. Prior to joining Transgene, Bloom was Senior Vice President at Boston Pharmaceuticals, and before that, he was CBO at Vavotar Life Sciences. Bloom held similar roles at Verastem Oncology and Ziopharm Oncology. Earlier in his career, he served 18 years at Eli Lilly in key sales/marketing and corporate affairs positions in several U.S. locations.

Renibus Therapeutics – Frank Stonebanks was named chief executive officer of Renibus. Al Guillem, co-founder and former CEO, will transition to Executive Chairman of the Board. Stonebanks most recently served as a venture partner at Wavemaker Three-Sixty Health LP. He was also the founder and chief executive of Triphase LP. Earlier in his career, he held leadership and advisory roles at Johnson & Johnson, IBM and Sanofi.

CHRISTUS Health – Andrea Teague was named vice president of Cancer Services. Teague has been an oncology specialist at the CHRISTUS St. Vincent Regional Medical Center since 2016.

Portage Biotech – Brian Wiley, who served in leadership roles at multiple pharmaceutical companies, including Celgene and Millennium Pharmaceuticals, will join Portage’s executive team as Chief Business Officer and Joseph Ciavarella, who joined the company in 2020 as a financial consultant, now joins as Chief Accounting Officer. In addition, Jim Mellon, Linda M. Kozick and Mark Simon will join the company’s Board of Directors. Mellon was one of the founders of Portage.

Coherus – Paul Reider was named chief commercial officer after serving as head of Commercial Operations and Market Access. Prior to joining Coherus in 2021, he served as Vice President of Sales and Strategic Accounts for Puma Biotechnology. He led the establishment of a new U.S.-based oncology commercial team at Ipsen Biopharmaceuticals and subsequently served as the General Manager of Ipsen Canada. From 1996 to 2013, he held marketing and executive leadership roles at Amgen.

eFFECTOR Therapeutics – Kristen Harrington-Smith, CCO of ImmunoGen, was appointed to the board of directors. Prior to ImmunoGen, she held numerous leadership roles at Novartis Pharmaceuticals, including VP & Head of U.S. Hematology. Before that, she was VP & Head of U.S. CAR-T Franchise. Previously, she was responsible for the global commercial strategy for Novartis Cell & Gene Therapies, and, before that, she held the role of Head of Marketing, Multiple Sclerosis Franchise.

AI Therapeutics, Inc. – After serving as acting CEO since May 2021, Brigette Roberts has been tapped as the permanent company CEO. Roberts joined AI Therapeutics after serving as an Entrepreneur in Residence at Fortress Biotech. Prior to this, she spent over 15 years in healthcare investing as a portfolio manager at hedge funds including Third Point, CDP Capital, Angel Lane Principal Strategies, DKR Capital and her own hedge fund, YYC Capital.

Adicet – Adicet named Amy Locke vice president and Head of Human Resources. She was most recently at Allakos where she led the doubling of the employee base within the last year to scale for the commercialization of the company's first approved product. She also held senior HR roles at Natera as well as marketing, sales and training roles at leading companies like Bristol-Myers Squibb, Genentech and InterMune.

Avalo Therapeutics – Garry Neil, CSO of Avalo, has been named CEO of the company and Chris Sullivan has been promoted to CFO. Mike Cola and Schond Greenway have stepped away from their prior roles as chief executive officer and chief financial officer, respectively, to pursue other interests. Neil also serves as the chairman of the Board of Directors of Arena Pharmaceuticals. He is a member of the Board of the Center for Discovery and Innovation at Hackensack Meridian Health. Prior to joining Avalo, Neil served as CSO of Aevi Genomic Medicine and held a number of senior positions in the pharmaceutical industry, academia, and venture capital. Sullivan most recently served as the Company’s chief accounting officer and prior to that as Interim Chief Financial Officer. Before joining Avalo, Sullivan was the corporate controller for Sucampo Pharmaceuticals.

FOLX Health – Liana Douillet Guzman was named CEO of FOLX. A.G. Breitenstein, FOLX Health's former CEO and founder, will serve as Executive Chair of the board. Guzman most recently served as the chief marketing officer of Skillshare.

Synthego – Avi Raval was named CFO of Synthego. He was a managing director and founding member of the health care group at Perella Weinberg Partners. Raval spent the first seven years of his investment banking career at J.P. Morgan.