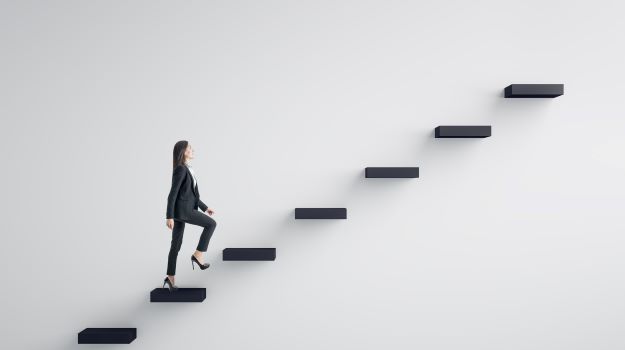 Leadership is essential in the biopharma industry, and these Movers & Shakers will guide their companies and organizations through the coming months and years.

In addition to the formation of its SAB, Ichnos named Eugene Zhukovsky chief scientific officer. Zhukovsky served as the CSO of Affimed and Biomunex Pharmaceuticals and as the chief technology officer of Go Therapeutics.

Cullinan Oncology – Jeffrey Jones was named chief medical officer and Anne-Marie Martin was appointed to the board of directors at Cullinan. Jones joins the company from Bristol Myers Squibb where he held positions of increasing responsibility in oncology clinical development, most recently as vice president of Global Drug Development, Lymphoma and Myeloid Diseases. Martin brings more than 25 years of translational medicine and clinical research expertise and is currently senior vice president and Global Head of the Experimental Medicine Unit at GlaxoSmithKline.

Bio-Me – Norway-based Bio-Me announced Warren Flood has been tapped as chief executive officer, following his role as chief operating officer. Previous CEO Morten Isaksen will transition into the role of chief innovation officer. Flood is a microbiologist and is currently chairman of the Pharmabiotics Research Institute OMICs task group.

Overland Pharmaceuticals – Xun Liu was named chief technology officer. Liu will continue serving as a senior advisor at Hillhouse Investment, a position he has held to date. Prior to joining Hillhouse, Liu was the vice president of Hengrui Medicine and the president of its Biomedicine Development and Business Division. Previously, Liu was a tenured Staff Scientist at the Vaccine Research Center of the National Institutes of Health.

PhoreMost Ltd. – Neil Torbett was named CEO of U.K.-based PhoreMost. Torbett was previously the company’s COO. Founder and former CEO Chris Torrance will become Chair of the Board. Torbett joined PhoreMost as chief business officer in January 2017 and was promoted to COO in 2020. Prior to PhoreMost, Torbett co-founded Activiomics Ltd, a proteomics spin-out from Bart’s Cancer Institute, where he served as COO.

MediPines Corporation – Gary C. Sieck, George M. Zlupko and Aidan Raney were named to the medical and scientific advisory board of MediPines. Sieck is a past president of the American Physiological Society and editor-in-chief of the Journal of Applied Physiology and the review journal Physiology. Zlupko is the senior partner and founder of Altoona Lung Specialists and is director of the Lung Disease Center of Central Pennsylvania. Raney is the medical director of Cardiovascular Surgery at Jeffrey M. Carlton Heart and Vascular Institute.

HeartFlow – John Farquhar was named president and CEO of HeartFlow. He has served as HeartFlow’s president and a member of the board since Jan. 1, 2022. Prior to joining HeartFlow in August 2021 as COO, he served as vice president and General Manager of Medtronic’s Aortic business. He also served in key leadership roles for Medtronic’s Cardiovascular and Diabetes Groups.

Alltrna – Anne Pariser was named vice president of Medical and Regulatory Affairs. Prior to joining Alltrna, Pariser was the director of the Office of Rare Diseases Research (ORDR) at the National Center for Advancing Translational Sciences, part of the National Institutes of Health. Prior to ORDR, she worked at the U.S. Food and Drug Administration Center for Drug Evaluation and Research, where she founded the Rare Diseases Program and predominantly focused on rare diseases drug review.

Owkin – Vassili Soumelis was named CMO and Eric Durand was named senior vice president of data science at Owkin, a French-American startup. Soumelis is professor of Immunology at the Université de Paris and coordinator of ImmunAID. Durand is formerly director of Data Science at Novartis.

Graphite Bio – Alethia Young was named CFO of Graphite Bio. Young joins Graphite Bio from Cantor Fitzgerald, where she served as senior biotech analyst and head of research, managing the equity research department covering small-cap, mid-cap and large-cap biotechnology companies. Prior to joining Cantor Fitzgerald in 2018, Young held senior biotech analyst positions at Credit Suisse and Deutsche Bank. Earlier in her career, she was a research policy analyst and president at Marwood Group. Young will officially join Graphite on April 1.

Sigyn Therapeutics – Jeremy Ferrell was named CFO of Sigyn. He assumes his role on March 9. He was most recently CFO at Miku, Inc. Previously, he founded a Fractional CFO Services firm, where he served as CFO for various life sciences and technology companies, including Singular Genomics, Inc., Aspen Neuroscience, Inc., and Hyduro, Inc. Before that, he served as corporate controller for ecoATM, Inc.

Seegene, Inc. - Richard S. Creager was named CEO of the South Korean company’s U.S. subsidiary, Seegene Technologies. He is a former CSO for Beckman Coulter. At Seegene, he is expected to create momentum to expand and strengthen its business in the U.S. and replicate its success story seen in other global MDx markets.