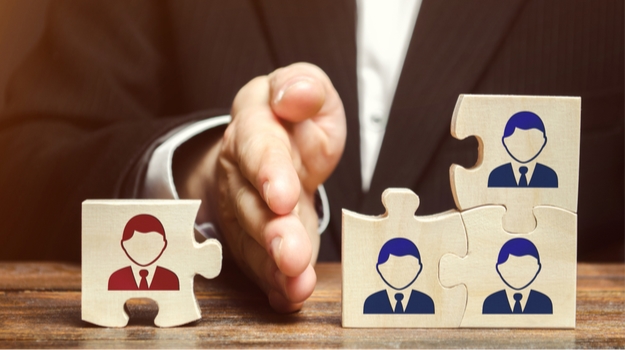 Shares of Adaptive Biotechnologies are climbing this morning after the company announced a reorganization of priorities to spur future growth, including a workforce reduction of approximately 12%.

Chief Executive Officer Chad Robins said the company is at an inflection point, and the strategic reorganization and job cuts will put the company in a stronger position.

“I am confident this reorganization and new leadership in place will set Adaptive up for breakthrough growth in 2022 and beyond,” Robins said in a statement.

Additionally, the company will deprioritize programs that are not aligned with its two distinct business areas, minimal residual disease (MRD) and immune medicine. The Seattle-based company’s MRD business includes its clonoSEQ diagnostic test and its clonoSEQ assay that assists pharmaceutical partners with drug development. Adaptive Biotechnologies said clonoSEQ is the only assay cleared by the U.S. Food and Drug Administration for MRD in chronic lymphocytic leukemia (CLL), multiple myeloma (MM) and B-cell acute lymphoblastic leukemia (ALL). The reorganization is expected to enable the company to capitalize on clinical adoption and inclusion of clonoSEQ in pharmaceutical drug development trials.

Adaptive’s immune medicine business includes its research, diagnostic, and drug discovery products, such as its immunoSEQ, T-Detect, and drug discovery collaborations with Genentech and Nykode. The reorganization will also enable the company to drive “multiple product and service opportunities from disease-specific TCR-Antigen maps, as demonstrated by the company’s successful COVID-19 efforts.”

While Adaptive is laying off approximately 12% of its staff, the company announced the appointment of Tycho Peterson as its new chief financial officer. Peterson comes to the company after a 23-year career at J.P. Morgan Chase. There, he served as managing director, life science tools and diagnostics in its health care group.

“I have followed Adaptive from the very early days, and it has been clear from the beginning that the company is well-poised to transform medicine through unique insights from the adaptive immune system,” Peterson said in a statement. “I am thrilled to take this next step in my career to help realize the company’s potential to bring novel immune-driven diagnostic and therapeutic products to clinicians and patients.”

Seattle is not the only pharma hub to see the loss of employees today. Employees are saying goodbye in the thriving Bay Area after their companies were snapped up in acquisitions. The San Francisco Times reported that Alza Corp.’s manufacturing site in the region is being shut down by Johnson & Johnson. The life sciences giant acquired Alza Corp. in 2001.

The Times also reported that Portola Therapeutics is closing its doors in South San Francisco following a round of acquisitions. In 2020, Alexion Pharmaceuticals snapped up Portola and its blood-disorder assets in a $1.4 billion deal. Later that year, AstraZeneca acquired Alexion and its rare disease business in a $39 billion deal. As Portola shuts down its Bay Area operation, some employees will move on to other positions within AstraZeneca. The news organization did not provide information about the number of employees who remained at that facility.