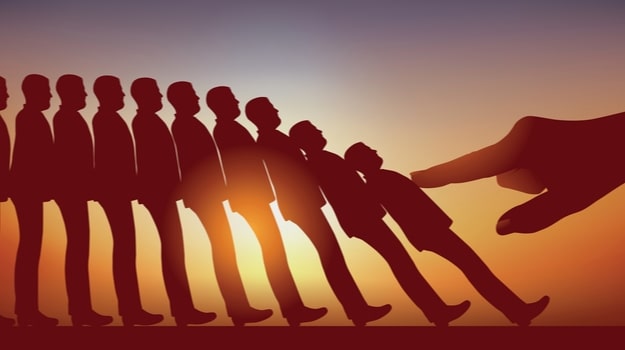 It’s been a rough week for small biotechs. Several early-stage companies recently announced that they were downsizing, even after experiencing success in clinical trials. In November, BioSpace reported that nine significant biotech companies had announced layoffs, and the start to 2022 has continued on that downward spiral. Here’s a look at who has been on the chopping block as well as some possible reasons why biotech startups are struggling with drug development.

Gamida Cell Ltd., a company dedicated to finding cures for cancer and other serious diseases, was among the first biotechs to share less-than-ideal updates. The cell therapy company announced Monday that it was “reducing operating expenses.” The implementation of those budget cuts included laying off 10% of the workforce, delaying hiring and cutting planned spending for 2022. These cuts are happening in spite of positive FDA feedback on its Biologics License Application (BLA) submission for blood cancer drug omidubicel.

On Thursday, San Francisco-based Unity Biotechnology, a company researching solutions to diseases of aging, also shared rough news, announcing that it is cutting 50% of its workforce, mainly in the research department. Unity is hoping the cuts are enough to keep the company afloat as it focuses its resources on ophthalmology products and anticipates key Phase II readouts from studies in diabetic macular edema (DME) and wet age-related macular degeneration (wet AMD) by the end of 2022.

One of the most unexpected U-turns was from Kaleido Biosciences. In December, Kaleido announced a partnership with Janssen Biotech to research Microbiome Metabolic Therapies (MMT™) . The company was also in the middle of a successful Phase II clinical trial on chronic obstructive pulmonary disease, which it abruptly halted. Kaleido shared at the end of January that it was laying off 30% of its workforce in a strategic realignment. Shares fell as a result.

What’s going on with these companies? As biotech startups continue to experience ups and downs, the reasons will differ from company to company, but here are some possible explanations for these downs.

One frustration could be the investing process. As biotech startups create new products, there is often a significant lag between product development and making a profit. It takes time to get to a U.S. Food and Drug Administration (FDA) approval. Companies go through clinical trials and navigate regulatory requirements —obstacles that startups outside of healthcare don’t face.

Startups rely on funding to survive until they become profitable, which means keeping investors’ attention through successful clinical trials, FDA approvals and other milestones. Christian Dowdeswell, vice president and head of commercial development for small molecules at Lonza, shared his thoughts on what it takes to attract biopharma investors in a cutthroat market:

“First, successful phase I trials can impact funding for a particular molecule while failing quickly enables a company to focus on candidates more likely to succeed. On top of that, few indications have only one company working to find a therapy and being first to market brings benefits to an innovator and their investors,” he told Contract Pharma.

Another obstacle could simply be geography. In a piece published in Science magazine, author and pharmaceutical industry veteren Derek Lowe pointed out that location is a critical factor in the success of a biotech company. Of biotech companies associated with a university, 68% of successful companies remained within 60 miles of their alma mater. Around 23% of biotech companies are already clustered in a biotech hub, such as San Francisco or Cambridge, Massachusetts. This affords companies more opportunities for networking, employee recruiting and funding opportunities. By this logic, the placement of Gamida, Unity and Kaleido should give all three a fighting chance.

“Firms founded in those clusters experienced success twice as often and failure half as often,” Lowe explained.

Or this layoff trend could be a natural weeding-out process. At the beginning of 2020, when the pandemic hit, the world’s attention turned to the life sciences. Funding for biotechnology companies reached record levels in 2020; VC activity in biotech grew by 45%, bringing the global total to $36.6 billion. This led to a plethora of new startups and supported existing startups in reaching their goals. The FDA had a startlingly high 62% approval rate for drugs coming from small biotech firms in 2020. But as the pandemic drags on, some of these companies simply won’t make it.

With the multiple obstacles that biotech startups face, the layoffs are certainly a morale-draining sign for employees. As 2022 continues, BioSpace will keep an eye on this trend, and monitor whether these strategic restructurings do in fact enable the companies to get their products to the patients who need them.