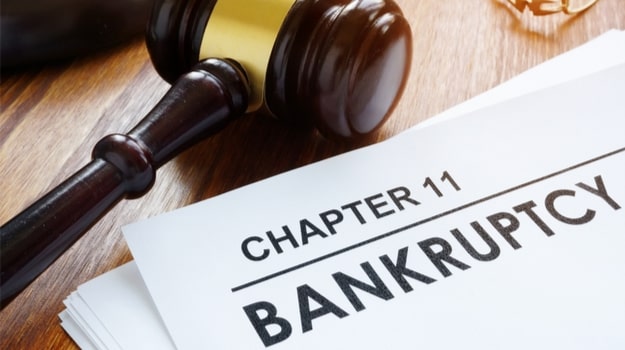 New Jersey-based pharmaceutical company and opioid maker Mallinckrodt has filed for Chapter 11 bankruptcy amid growing lawsuits that allege the company has participated in fueling the opioid epidemic in the United States.

In an announcement of the proceedings, Mallinckrodt said it is seeking this option to restructure their debt “and resolve several billion dollars of otherwise unmanageable potential legal liabilities.” All U.S. subsidiaries of Mallinckrodt will continue to operate during the proceedings, including work to supply customers and patients with its pharmaceutical products.

The use of the Chapter 11 process will ultimately reduce Mallinckrodt’s total debt by around $1.3 billion, most of which is attributable to legal fees and liabilities.

Additionally, the process is being used by the company to resolve not only opioid-related claims against Mallinckrodt and its subsidiaries, but to also resolve Acthar Gel-related matters, including a CMS Medicaid rebate dispute for which the company lost a court battle to pay higher rebates to state Medicaid programs for its multiple sclerosis (MS) drug. The per-vial price of the drug rose from approximately $50 in 2001 to $38,892 in 2019, generating around 30.1% of the company’s net sales in 2019.

In response to this loss, the company agreed to pay approximately $260 million over a seven-year period. The company also reset the Acthar Gel's Medicaid rebate calculation on July 1 of this year so that state Medicaid programs will be eligible for 100% rebates on sales of the MS drug.

"After many months of deliberation, negotiation and consideration of alternatives, Mallinckrodt's management and Board of Directors determined that implementing a Chapter 11 restructuring provides the best opportunity to maximize the value of the enterprise and position the Company for the future in light of the current challenges it faces,” Mallinckrodt’s President and CEO, Mark Trudeau, said in a statement. “We have worked diligently over the last several months to evaluate all available options to achieve a comprehensive resolution to the significant litigation and debt issues overhanging our business. Having entered our restructuring support agreement and reached agreements in principle with a key group of opioid plaintiffs, other governmental parties and our guaranteed unsecured noteholders, we are beginning this process in a highly organized manner.”

According to Trudeau, the restructuring has provided a “clear path” toward the elimination of legal uncertainties while maximizing the company’s value. Trudeau also said that it will enable the company to move ahead with its strategic plans, but these plans were not explicitly communicated in the statement.

Following news of Mallinckrodt’s Chapter 11 bankruptcy announcement, shares of the company fell 31.2% in trading. Over 2020 alone, the company’s stock has fallen 78.5%.