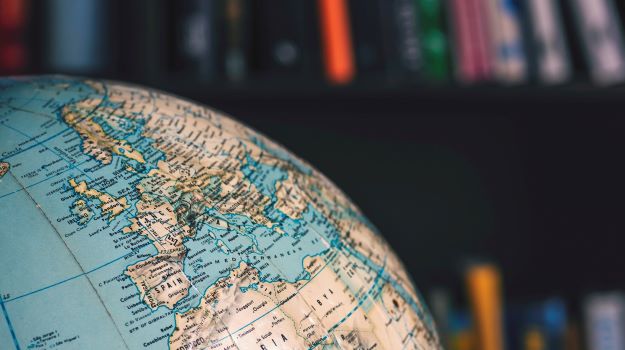 Oxford Science Enterprises, an investment partner of the University of Oxford, has entered into a joint venture with the Lothbury Property Trust to develop high-specification laboratory and office space for early-stage life science businesses in the Oxford area.

The £200 million ($262 million) site will provide 30,000 square feet of R&D space to the community. The investment will go to the redevelopment of the Clarendon Centre, which is expected to begin later this year and be completed in 2024. The site is expected to provide "an ideal environment" for life sciences companies, including those founded by Oxford Science Enterprises. In addition to R&D facilities, plans for the overall 250,000 square feet site include creating space for student accommodation, offices, retail outlets and restaurants.

There is a significant demand for laboratory space in Oxford. That demand is about 10 times higher than the existing supply. The redevelopment of the Clarendon Centre will significantly increase Oxford Science Enterprises' existing 55,000 square feet footprint in and around Oxford and enhance its ability to provide its companies with the essential facilities needed to grow and thrive.

"There is an acute shortage of laboratory and office space that meets the specific requirements of early-stage life science companies in Oxford. This new venture with Lothbury supports our strategy to be a comprehensive science business builder, not only providing investment backed by strategic and operational expertise, but also essential R&D space to nurture our companies' growth in the early stages of development," Alexis Dormandy, chief executive officer of Oxford Science Enterprises said in a statement.

Elsewhere around the globe:

Lumicks – Netherlands-based Lumicks announced the completion of the 100th customer placement of its C-Trap product. With the C-Trap, scientists are able to directly visualize and observe the molecular mechanism of action. This visualization provides direct proof of how these molecular interactions work, leading to a faster understanding of critical molecular processes and possible cures involved in diseases.

Otivio – Based in Norway, Otivio, a health tech company, extended an exploratory clinical trial with Neuro-SysMed. The trial is designed to confirm the potential of its non-invasive FlowOx medical device to alleviate multiple sclerosis symptoms. FlowOx was originally developed for improving blood flow to the legs of patients with peripheral arterial disease (PAD) by applying negative oscillating pressure.

Monument Therapeutics – Based in the United Kingdom, Monument Therapeutics will present data supporting its novel biomarker designed to predict the risk of developing Post-Operative Cognitive Decline (POCD). Findings will be presented from the analysis of a large European dataset that included over 1000 cognitively and clinically assessed patients before and after multiple types of elective surgical procedures. POCD can occur following surgery where substantial cognitive impairment arises due partly to neuroinflammation triggered by the procedure.

CardiNor AS – Norway's CardiNor AS achieved CE marking for the CardiNor Secretoneurin ELISA test. The biomarker is associated with biological processes linked to cardiomyocyte handling and has been described as the "missing link biomarker" in cardiovascular disease risk assessment, according to the company. The test is being assessed for cardiac rhythm management using Implantable Cardiac Defibrillator (ICD) devices.

LivaNova PLC – London-based LivaNova announced that the 250th unipolar depression patient has been implanted in the RECOVER clinical study. The study is designed with frequent interim analyses to be conducted by an independent Statistical Analysis Committee. The interim analyses will assess if the predictive probability of success has been reached for the unipolar cohort of the study. A final analysis will be conducted after the last patient enrolled into the RCT has completed 12 months of follow-up.

BioMed X – Based in Germany, BioMed X began a new research project dubbed "Regulatory T Cell Dysfunction in Autoimmunity and Inflammaging" in partnership with Merck KGaA, Darmstadt, Germany. The objective is to understand the molecular mechanisms governing immune senescence and metabolic dysfunction in regulatory T cells and other T cell subsets that are shared in autoimmunity and aging.

Rejuveron Vascular Therapeutics – U.K.-based Rejuveron, which specializes in the development of therapies for neurodegeneration, is using Integra's VIAFLO 384 electronic pipette to accelerate their research.

Hansa Biopharma AB – Sweden-based Hana reached a reimbursement agreement with the National Association of Statutory Health Insurance Funds, GKV-Spitzenverband, for Idefirix in Germany. The agreement covers the entire statutory health insurance system and is also adopted by private health insurance in that country.

Prothena Corporation – Ireland's Prothena presented new preclinical data at the International Conference on Alzheimer's and Parkinson's Diseases from both its dual Aβ/tau vaccine for the potential treatment and prevention of Alzheimer's disease, as well as from its tandem C-terminal α-synuclein vaccine programs for the potential treatment and prevention of Parkinson's disease (PD) and related synucleinopathies. Preclinical data showed that the company's dual Aβ/tau vaccine demonstrated the simultaneous generation of antibodies against Aβ and tau while avoiding engagement of cytotoxic immune responses.

Ilya Pharma – Sweden-based Ilya closed a financing round of €8.5 million that will be used to support the advancement of its clinical programs. The company has three first-in-class immunotherapies for skin and mucosal diseases. Ilya's portfolio includes ILP100-Topical for treating surgical wounds in diabetic, prediabetic and obese patients, especially at risk, ILP100-Topical for diabetic ulcers, and ILP100-Oral for immune-mediated infection enterocolitis resulting from cancer treatment with checkpoint inhibitors.

Toxys BV – Netherlands-based Toxys has opened a sales office in New York and a production facility in Gaithersburg, Maryland. With these new facilities, Toxys will be able to better serve its clients in North America and make the Toxys assays readily available.