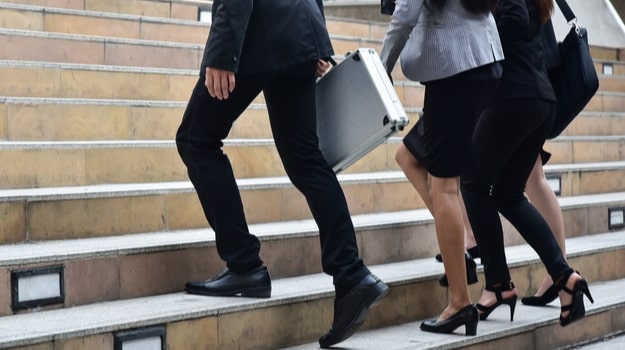 Eikon Therapeutics – Roy D. Baynes, M.D., Ph.D., who is currently SVP of global clinical development and CMO at Merck, was named CMO of Eikon. Baynes will serve as a consultant to Eikon Therapeutics beginning April 1 before transitioning to his full-time role in July. At Merck, he was responsible for developing the entire clinical portfolio in Merck Research Laboratories. Baynes is currently a board member at Travere, Inc., Atara, Inc., and Natera, Inc.

Merck – Following the departure of Baynes, Eliav Barr, MD, senior vice president of global clinical development, will take over in that role. Over two decades at Merck, Barr has held positions of increasing responsibility, including leadership roles in oncology and infectious diseases clinical development. Most recently, he led Merck Research Labs Global Medical Affairs organization from 2018 to Jan. 2022. Barr will lead all late-stage clinical development for Merck’s expansive human health portfolio and pipeline in his new role.

Akili Interactive – Jon David was named chief product officer of Boston-based Akili. David joins Akili after serving as vice president and general manager at Glu Mobile. He previously founded and served as chief executive officer of Taunt, a technology-based fan engagement company. Before Taunt, David spent more than 10 years at PopCap Games where he served as vice president of social games, which include titles such as Bejeweled Blitz, Plants vs. Zombies 2 and Plants vs. Zombies Garden Warfare.

Athira Pharma – Michael A. Panzara, M.D., CMO and head of therapeutics discovery and development at Wave Life Sciences, was appointed to the board of directors at Athira. Before joining Wave in 2016, Panzara served as the head of the multiple sclerosis, neurology and ophthalmology therapeutic area for Global Development at Sanofi Genzyme. Prior to Genzyme, Panzara was CMO of neurology for Biogen.

Crinetics Pharmaceuticals Inc. – Chris Robillard was appointed to the newly created position of the chief business officer. Before joining Crinetics, Robillard served as vice president and head of business development for Goldfinch Bio. Before that, at Karyopharm Therapeutics, he led business development and corporate strategy efforts, driving international expansion while transitioning from a clinical to a commercial company. Earlier in his career, Robillard held senior positions in business development at Baxalta and finance at Cubist.

Jasper Therapeutics – Jeet Mahal was appointed to the newly-created position of chief operating officer, and Wendy Pang was named senior vice president of research and translational medicine. Mahal joined Jasper in 2019 as chief finance and business officer and has led finance, business development, marketing and facilities/ IT since the company’s inception. Before joining Jasper, he was head of business development and vice president of strategic marketing at Portola Pharmaceuticals. Earlier in his career, Mahal was director of business and new product development at Johnson & Johnson. Pang joined Jasper in 2020 and has led early research and development. Previously, Pang was an instructor in the Division of Blood and Marrow Transplantation at Stanford University and the lead scientist in the preclinical drug development of an anti-CD117 antibody program. Jasper also announced that a new position of CMO has been created, for which an active search is underway.

Vaxxinity, Inc. – Peter Powchik, M.D., is retiring as executive vice president of research and development. A search for his replacement is underway. Powchik will join the company’s board of directors. Before Vaxxinity, Powchik was head of clinical development at Regeneron Pharmaceuticals from 2006 to 2018. He also served various roles in clinical development, including at Chugai Pharma USA, Novartis.

Ribometrix – Manjunath Ramarao, Ph.D., was promoted to chief scientific officer. He succeeds John Reardon, who retired at the end of January. Before joining Ribometrix, Ramarao led scientific strategy, oversaw a wide range of preclinical programs and platforms, and managed the R&D organization at Biocon-Bristol-Myers Squibb R & R&D Center in Bangalore India. Earlier in his career, Ramarao worked as a principal research investigator at Pfizer.

Ocugen, Inc. – Jessica Crespo was named chief accounting officer and senior vice president of finance. Crespo has been with Ocugen since 2019, previously serving as corporate controller and treasurer. Before joining the company, she held financial leadership roles within Aerie Pharmaceuticals, Aralez Pharmaceuticals and Cubist Pharmaceuticals.

Also at Ocugen, Marna C. Whittington was appointed to the Ocugen board of directors. Whittington was the CEO of Allianz Global Investors Capital from 2001 until her retirement in Jan. 2012. Before that, Whittington was a corporate officer for Morgan Stanley Investment Management and the University of Pennsylvania and the Secretary of Finance for the state of Delaware. She currently serves on the boards of the Salk Institute, Tower Hill School, Macy’s Inc., the Philadelphia Contributionship, Phillips 66 and Oaktree Capital Management.

Evommune, Inc. – Kyle Carver was named chief financial officer. Carver joins Evommune from Kadmon Holdings, Inc., a Sanofi Company, where he served in various roles, most recently as chief accounting officer. Prior to Kadmon, Carver held a senior role at KPMG, serving a broad base of life science clients.

ACGT – The Alliance for Cancer Gene Therapy tapped two new board members, Gbola Amusa and Chen Schor. Amusa is a partner and CSO of Chardan. Schor is president and CEO of Adicet Bio. Schor is also chairman of the board at Carbon Biosciences and a member of the board of directors of Karyopharm Therapeutics.

Chinook Therapeutics – Mahesh Krishnan, MD, was appointed to the board of directors at Chinook. Krishnan currently serves as group vice president of research and development at DaVita Inc. Before joining DaVita, Krishnan was at Amgen, where he served as medical director for Epogen, head of global health economics and outcomes research for nephrology and medical policy lead for all domestic Amgen products. Before Amgen, Krishnan was a practicing nephrologist in Northern Virginia.

Bluejay Diagnostics – Kenneth Fisher has joined Bluejay as CFO following the resignation of Gordon Kinder. Most recently, he was CFO and treasurer of Meridian Bancorp, Inc. and its subsidiary, East Boston Savings Bank.

Imago Biosciences – Michael Arenberg was named chief operating and business officer. Prior to joining Imago, Arenberg spent 22 years at DURECT Corporation where he most recently served as CFO. Before being appointed CFO, Arenberg held roles with increasing responsibilities, including as SVP of Corporate and Business Development. Arenberg began his career as a co-founder of IntraEAR, Inc., a drug delivery medical device company, which was sold to DURECT after five years of operation. Imago also confirmed Laura G. Eichorn, previously COO and interim CFO, as the CFO of Imago. Eichorn is a co-founder of Imago BioSciences.