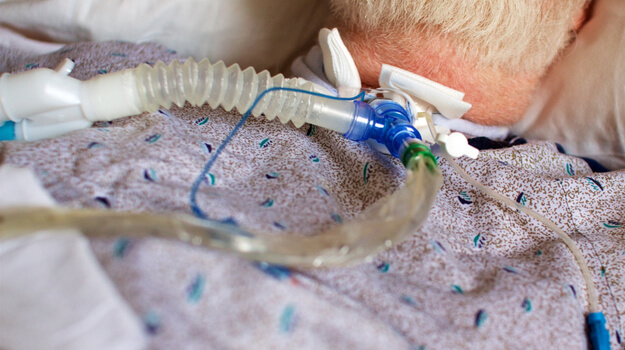 On Wednesday, the U.S. Food and Drug Administration (FDA)’s Peripheral and Central Nervous System Drugs Advisory Committee is holding a meeting to discuss Amylyx Pharmaceuticals’ New Drug Application (NDA) for AMX0035, a combination of sodium phenylbutyrate/taurursodiol powder for oral suspension for the treatment of amyotrophic lateral sclerosis (ALS). The drug has been granted Priority Review.

The agency released materials for review ahead of the meeting and it appears to paint a picture of insufficient data for approval, noting it is “not exceptionally persuasive.” That’s likely because the NDA is based on positive results from one small study, the Phase II/III Centaur trial. It reported a positive result “on a prespecified but non-preferred endpoint in ALS.” There were also deaths associated with the clinical trial, and the FDA documents suggest the company did not account for them, even though they were apparently not caused by the treatment.

ALS is incurable. It is a quickly progressive and fatal neurodegenerative illness that mostly affects motor neurons in the cerebral motor cortex, brainstem, and spinal cord. This results in loss of voluntary movement and difficulty in swallowing, speaking, and breathing. This eventually leads to death.

Death usually occurs within three to five years from the onset of symptoms. In the U.S., it occurs in about 2 per 100,000 per year, with about 5,000 new cases each year. It occurs most commonly in people 40 to 70 years of age, with a median age of 55. There is no known inheritance pattern, although 5% to 10% are familial and linked to 50 different identified genes.

In April 2021, Amylyx presented a pipeline report that included the CENTAUR trial. It was a 24-week placebo-controlled study of 137 participants with ALS. It was conducted at the Healey & AMG Center for ALS at Massachusetts General Hospital in collaboration with the Northeast ALS Consortium.

The trial hit its primary efficacy endpoint of slowing ALS progression as measured by the ALS Functional Rating Scale-Revised (ALSFRS-R). Amylyx indicated the adverse events between the drug arm and the placebo arms were similar. But discontinuations associated with adverse events were more common in the AMX0035 arm.

The FDA document says, “The Applicant reported a positive result on a prespecified but non-preferred analysis of a functional endpoint in ALS, which did not appropriately account for deaths that occurred during the study. The prespecified statistical result was not exceptionally persuasive and there were analytical and interpretative issues associated with its consideration. The Division expressed concerns that the data may not be adequate to serve as a single study capable of providing substantial evidence of effectiveness and encouraged the Applicant to urgently begin work on a Phase III study to confirm the findings.”

Amylyx recently launched a Phase III trial in 600 patients globally, which isn’t expected to be completed until 2024. The company is also continuing to evaluate the data from AMX3500OLE, its open-label extension study, and has “reported and published findings of a survival benefit in patients who initially received AMX0035 compared to those patients who originally received placebo in the CENTAUR study,” according to the FDA documents.

But the FDA had already broached its concerns over the “large number of dropouts in the open-label extension period.”

Amylyx is basically arguing that as ALS is such a devastating disease with no cure and relatively few treatments, the agency should consider approving the drug based on the data accumulated to date. Also, the endpoint Amylyx used was the endpoint used in support of Mitsubishi Tanabe Pharma America’s 2017 approval of Radicava for ALS. And deaths weren’t assessed as the primary outcome during the OLE part of that trial. The FDA approved Radicava based on Phase III trials that demonstrated a 33% decrease in the decline of physical function over six months of treatment.