Stalled by COVID-19, TB Research Needs to Make Up for Lost Time 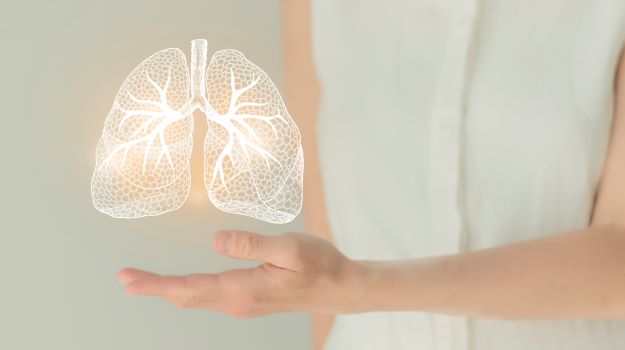 As one of the world’s oldest diseases, tuberculosis (TB) is currently the 13th leading cause of death worldwide and has affected the lives of millions. According to the World Health Organization, it’s estimated that 10 million people fell ill with the disease in 2020, and 1.5 million of those cases resulted in death.

For years, TB was known as the world’s deadliest infectious disease. That is until COVID-19 hit. With the innovations in disease control and prevention highlighted by the pandemic, it’s possible those same resources could be used to eradicate TB for good.

In honor of March 24, World TB Day, it’s appropriate to look at how far the medical community has come in the treatment and prevention of TB, as well as the clinical trials and eradication efforts occurring today.

According the U.S. Centers for Disease Control and Prevention, TB killed one out of every seven people living in the United States and Europe at the time it was discovered. For years, there was no known treatment, and people infected with the disease were largely advised to stay hydrated and get more sleep. It wasn’t until antibiotics were developed in 1943 that a breakthrough emerged for the disease.

This treatment caused a steady decline in cases up until the 1980s when a resurgence occurred. By the early 1990s, over 25,000 TB cases were reported each year. This spike is largely attributed to the rise in HIV cases, a decline in efforts from local and national governments and an increased rate of immigration. In the mid-1990s, governments increased their treatment and prevention efforts worldwide, spurring a steady decline. As of 2020, there has been a 65% decrease in TB cases reported since the last spike.

Today, there are four drugs that, when used together, make up the current standard of care for TB: Isoniazid, Rifampin (RIF), Pyrazinamide (PZA) and Ethambutol (EMB). Though this treatment method is effective, there is still more to be done to reach the ultimate goal — TB elimination.

TB elimination is defined as one case of active TB per one million population per year, which is to be reached before 2050. Currently, some countries are on track to reach this target. These are primarily countries able to fund the research and distribution of TB prevention and treatment.

WHO states that TB is most prevalent in low and middle-income countries. In fact, those countries make up 98% of reported cases. In 2020, $5.3 billion was spent on TB eradication worldwide, which is less than half of what is needed to hit the global target.

Still, there are groups that are spearheading the effort to keep TB eradication a priority. A leader in this effort is TB Alliance, a nonprofit “dedicated to the discovery, development and delivery of better, faster-acting and affordable tuberculosis drugs that are available to those who need them.” TB Alliance was the first to develop a TB vaccine safe for children in 2015.

Currently, the nonprofit’s most notable initiative is ZeNix, a Phase III clinical trial aimed at studying the BPaL regimen (bedaquiline, pretomanid and linezolid) in South Africa and Eastern Europe. The oral treatment lasts six months and assesses different dosing modifications of the linezolid component of BPaL.

In 2021, TB Alliance released data from the trial that demonstrated improvement in the tolerability and safety of the regimen with sustained favorable outcomes in 89% of patients. This data led to the LIFT-TB initiative. Its goal is “to broaden and accelerate the adoption and scale up of the regimen.” Regulatory submissions for the regimen have been submitted in all countries and have been approved in Ukraine and Uzbekistan.

When the COVID-19 pandemic hit, TB treatment and prevention efforts were largely pushed aside. In October of 2021, WHO reported that in 2020, global deaths related to TB increased for the first time in over 10 years, and over 40% of the estimated 9.9 million people who fell ill from TB were not diagnosed or treated.

Following that resurgence, TB Alliance announced in January that it received funding from the United States Agency for International Development (USAID) of up to $30 million over the course of five years. Mel Spigelman, M.D., president and CEO of TB Alliance, said the nonprofit will use the funding to make up for lost time.

“While the world was focused on the COVID-19 pandemic, the TB pandemic tightened its grip on the most impoverished parts of the world,” Spigelman said in a statement. “This is the danger we face in letting older diseases linger instead of eradicating them. We are grateful for the support and collaboration of partners like USAID; only by working together can we make up the ground that has been lost in the past two years.”

Another key player in the fight against TB is EndTB, a partnership between Partners in Health, Médecins sans Frontières, Interactive Research & Development and financial partner UNITAID. In October of 2021, EndTB completed enrollment for one of its clinical trials, which compares five new treatment regimens for treating multi-drug resistant TB containing bedaquiline and delamanid, in combination with other existing oral TB drugs. The trial includes approximately 2,800 patients from 17 countries, and results are expected to be announced later this year.

The company plans to use this combination of drugs to expand their use in 17 countries (at least 2600 patients), run a seven-country clinical trial (750 patients) and run a six-country clinical trial (324 patients). A second randomized control trial, called endTB-Q, is also underway to study a 6–9-month regimen to treat TB’s most resistant form. All of this will be done with the end goal of sharing the findings and treatments and making the drugs more accessible.

Of course, there are many other nonprofits, organizations and researchers working to eradicate TB worldwide, and their collective efforts are largely the cause of the disease’s steady decline. The fact that governments and businesses are beginning to turn some of their attention away from COVID-19, coupled with recent technological and medical advancements, provides hope that by next year’s World TB Day, the statistics will be much more promising.