DMT-Assisted Therapy May Address Root Cause of Major Depression 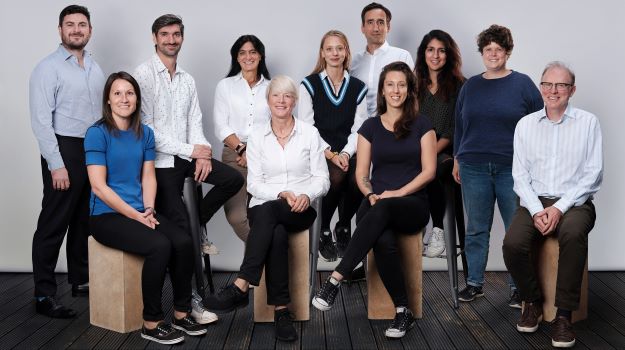 Small Pharma Inc. is developing a new approach to treating major depressive disorder (MDD) without using SSRI or standard antidepressant medications. Instead, a clinical trial is underway using DMT, a naturally-occurring psychedelic tryptamine found in plants and the brains of mammals, in tandem with assisted psychotherapy to retrain the brain potentially. This is thought to be the world’s first trial of DMT-assisted therapy in MDD patients.

The company believes this approach may address the root causes of depression. “Our hypothesis, based upon mechanism of action studies, is that it will address the negative cycling of damaging thought patterns in order to reset the mind,” Carol Routledge, Ph.D., chief medical and scientific officer, told BioSpace.

SPL026, Small Pharma’s proprietary formulation of DMT, is in a Phase I/IIa trial for MDD in the UK in collaboration with Imperial College London. SPL026 holds an ILAP designation — Britain’s equivalent of the FDA FastTrack — from the Medicines and Healthcare Products Regulatory Agency.

Efficacy data is expected to become available in mid-summer from the Phase IIa portion of the trial. This phase of the study assesses the efficacy of SPL026 compared to placebo and the efficacy of one versus two doses when followed by psychotherapy. For the Phase I component of the trial, Routledge said, “We recruited psychedelic-naive adult healthy volunteers because we expect the majority of patients in the Phase IIa part of the study will be psychedelic-naïve.” She explained there is no upper age limit because SPL026 is no less safe for older individuals.

Phase I collected safety, tolerability pharmacokinetic and pharmacodynamic endpoints, and included assessing the intensity and quality of the psychedelic experience. EEG was also used to understand the mechanisms of action of SPL026 further.

The already-completed Phase I results showed a close correlation between the dosage levels of SPL026 and pharmacodynamic endpoints. It involved 32 healthy volunteers and pharmacokinetic analysis showed that DMT has a very short half-life in the body with virtually undetectable levels in the blood after 60 minutes. The 20 drug-related adverse events were mild (85%) or moderate (15%) and resolved rapidly by themselves. During the following three months, patients did not exhibit any statistically significant negative effects of anxiety and well-being. The study found that the richness of the psychedelic experience and the therapeutic benefit of the treatment were tightly correlated to dosage.

“Psychedelic-assisted therapies have the potential to completely change the treatment paradigm of mental health conditions,” David Erritzoe, M.D., Ph.D., of Imperial College London, chief investigator of the Phase I/IIa study, said when these findings were released. “The additional insights from Small Pharma’s Phase I study show promising results at this stage of the development. The dosing time (including psychedelic experience) of 30 minutes, in comparison with up to 6 hours seen with alternative approaches, has the potential to offer a real benefit in terms of the treatment regimen for both patients and providers.”

SPL026 is being developed to provide an additional treatment option for patients who find selective serotonin reuptake inhibitors (SSRIs) — the most commonly prescribed antidepressants, according to Medline — inadequate.

In terms of mechanism of action, Routledge explained, “SSRIs elevate the concentration of endogenous serotonin in the brain, whereas psychedelics have a different mechanism of action in that we believe they increase global connectivity and increase plasticity in the brain.” She said evidence suggests the negative, ruminative thought cycles in depressed patients may stem from the overactivity of the brain’s networks, particularly the default mode network, during the depression, which creates inflexible thought patterns and neural connections in the brain.

As a potential treatment, DMT has a huge benefit compared to psilocybin. DMT induces a short psychedelic experience of about 20 to 25 minutes versus multiple hours with psilocybin. Even with therapy, the time in clinic is much shorter, she explained, and so treatments can occur within the existing clinical infrastructure.

During the psychedelic experience, patients typically see various shapes or patterns (visual hallucinations such as balloon shapes or balloon creatures), and may also experience auditory hallucinations, a loss of sense of time, and some will have an out-of-body experience. “The hallucinogenic effects are very subjective,” she said.

Trial participants — even though psychedelic-naïve — tolerated the psychedelic experience very well, with many saying it was a pleasurable experience. “None expressed regrets about taking part in the trial,” she said.

Once the Phase IIa portion of the study is completed, “Small Pharma plans to begin a Phase IIb study with a larger, international, multicenter study in patients with MDD in the US, EU and UK. This study will evaluate safety, tolerability and efficacy in the wider patient population,” Routledge said. “We’re also developing a follow-on molecule with an extended profile (SPL028).” Another program (SPL029) involves developing an oral formulation to make administration — currently an infusion — easier.”