Research Roundup: All About Antibodies and a Neuroprotective Enzyme 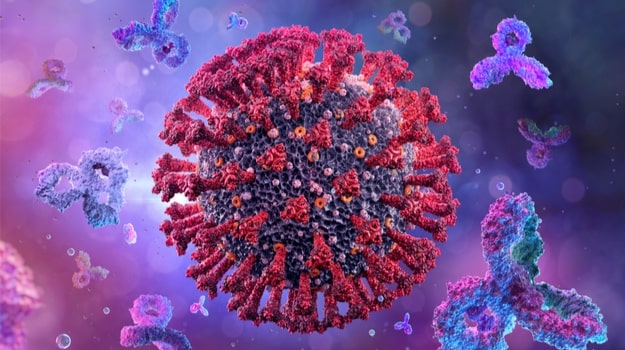 When the media and many biopharma companies and public health experts discuss waning immunity after COVID-19 vaccines, they are largely talking about decreasing numbers of antibodies. That’s not unusual — antibody titers always peter out. Usually, it is normal that while antibody levels drop, the immune system fine-tunes its antibodies, so they are of higher quality. And that’s what appears to be happening with the COVID-19 vaccines. For that and more research news, continue reading.

For at least a year, we have been exposed to study after study suggesting that immunity from vaccines wanes only months after receiving COVID-19 vaccinations. In fact, this is almost entirely the rationale for booster doses, even though it largely ignores the role of memory B and T cells in the immune system. A study from Washington University School of Medicine reports that for at least six months after vaccination for COVID-19, antibodies produced by immune cells become steadily higher in quality, meaning stronger and more precisely targeted against SARS-CoV-2. This is not a new concept among immunologists or vaccine makers. The research was published in the journal Nature.

“If the virus didn’t change, most people who got two doses of this vaccine would be in very good shape,” said senior author Ali Ellebedy, an associate professor of pathology & immunology, of medicine and of molecular microbiology at WU. “The antibody response we saw is exactly what we’d expect from a robust immune response. We never thought that six months following that second injection, many people would still be actively improving the quality of their antibodies. To me, that is remarkable. The problem is that this virus keeps evolving and producing new variants. So, the antibodies are getting better at recognizing the original strain, but unfortunately, the target keeps changing.”

They collected blood from 42 people, and lymph node samples from 15 people before each received their first dose of the Pfizer-BioNTech vaccine and at weeks three, four, five, seven, 15 and 29. They also collected bone marrow samples from 11 participants 29 and 40 weeks after the first shot. They found that B cells targeting SARS-COV-2 persisted in the germinal centers of all the people for months.

Even six months after vaccination, 10 of 15 had B cells in their germinal centers, which are areas where B cells are trained to manufacture increasingly better-quality antibodies. This was also a surprise because germinal centers are usually thought to last only a few weeks, but they were still present six months later in two-thirds of their participants after receiving the vaccine. In one set of experiments, they found that almost 80% of antibodies bound to the viral protein six months later compared to about 20% of the earlier antibodies.

Ellebedy noted, “When you look at antibodies, quantity should not be your only concern. The antibodies at six months might be less in quantity, but they are much better in quality.” He went on to say, “Everything changes when a new variant comes. You have to retrain your immune system. It’s like updating your anti-malware software to make sure it matches the newest computer viruses that are going around. It doesn’t mean the old software was bad. It just means it no longer completely matches the viruses it is going to encounter.”

Enzyme May Boost Neuroprotection in the Brain

Astrocytes are star-shaped cells in the brain that play a key role in brain immune response. Astrocyte degradation is implicated in Alzheimer’s and other neurodegenerative diseases, as well as in traumatic brain injury (TBI). Researchers at the University of Texas Health Science Center at San Antonio demonstrated that when an enzyme called monoacylglycerol lipase (MAGL) is deactivated in mice, there is decreased neuropathology and improved cognitive function in TBI. Typically, MAGL degrades a neuroprotective molecule called 2-arachidonoylglycerol (2-AG), reducing its ability to help the brain. 2-AG metabolism in astrocytes promotes neuropathology but doesn’t do that in neurons. They believe targeting inhibition of 2-AG degradation could be beneficial for treating certain forms of neurodegeneration.

A Link Between Age-related Cognitive Disorders and Mitochondrial Dysfunction

Investigators with Shibaura Institute of Technology in Japan identified a link between mitochondrial dysfunction and age-related cognitive disorders. Working with mice models of Alzheimer’s disease (AD), they identified differences in how the mice performed on specific well-known experiments, the Morris water maze and the Rota-rod test. The AD mice took longer to complete the maze but didn’t slow down; in the Rota-rod test, the 6- and 20-month-old AD mice stayed on the rod longer, while age-matched control mice fell quicker.

To determine the differences in AD-related proteins in the two groups of mice, they collected tissue samples from different parts of the mice’s brains and evaluated oxidative markers. They found that AD mice had higher levels of beta-amyloid, which was not particularly surprising. What was surprising was the AD-related beta amyloid1-42 was significantly higher in the hippocampus than in other parts of the brain. They didn’t observe any changes in the levels of the tau protein, another abnormal protein associated with AD.

The beta amyloid1-42 aggregation in the hippocampus caused cognitive impairment in the AD mice. They then evaluated key mitochondrial oxidative enzymes, including nicotinamide-nucleotide adenylyltransferase (NMNAT)-3, which shows anti-aging effects. When NMNAT-3 was decreased, levels of 3-NT (3-nitrotyrosine), an indicator of higher oxidation, increased with age in AD mice. They concluded that decreased levels of NMNAT-3 and higher levels of 3-NT were evidence that oxidation causes mitochondrial dysfunction, which leads to cognitive dysfunction.

Researchers at Washington University School of Medicine in St. Louis demonstrated that a new class of compounds improves several aspects of metabolic syndrome. Metabolic syndrome is a catch-all phrase that includes type 2 diabetes, high cholesterol, fatty liver and excess body fat. Evaluating a compound dubbed SN-401, they found it treated diabetes by improving the pancreas’s ability to secrete insulin while increasing the capacity of other tissues to utilize that insulin. By fine-tuning the compound, they created a class of related compounds based on a key protein called SWELL1 (also LRRC8a). They published their research in Nature Communications.

“This protein, SWELL1, has a sort of dual personality,” said senior author Dr. Rajan Sah, associate professor of medicine at WU. “The compound binds to SWELL1 in a manner that stabilizes the protein complex so as to enhance expression and signaling across multiple tissues, including adipose, skeletal muscle, liver, the inner lining of blood vessels, and pancreatic islet cells. This restores both insulin sensitivity across tissue types and insulin secretion in the pancreas.”

The compound did not seem to affect the blood sugar in healthy mice, a useful aspect for possible therapy in people. Working in mice, the compound improved insulin sensitivity and secretion and improved blood sugar levels and decreased the fat buildup in the liver.