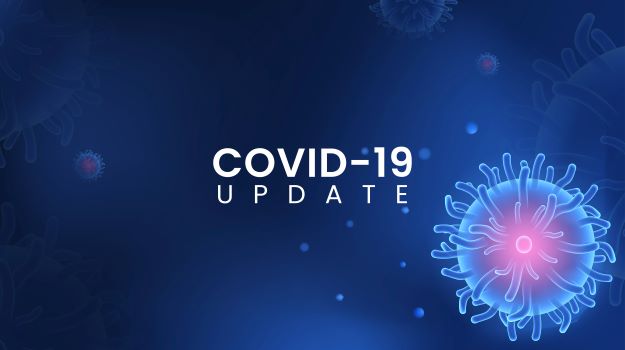 Since it reared its head in 2019, the SARS-CoV-2 virus has claimed the lives of more than 6 million people. Despite the fact that the latest surge from the Omicron variant has waned in many parts of the globe, the world crossed the grim milestone over the weekend as the pandemic enters its third year.

As state and local governments across the United States begin to lift mitigation efforts, including the use of face masks in public, the death toll continues to climb across the globe, a reminder that COVID-19 is still a serious public health concern. According to the Johns Hopkins COVID-19 Dashboard, there have been 6,000,936 deaths related to the virus out of more than 446 million diagnosed cases.

At the same time, there have been more than 10 billion vaccine doses administered across the globe, which highlights the rapid response of the biopharma industry and public health officials. With the Russian invasion of Ukraine, there are concerns of significant spread due to the proximity of people sheltering in metro stations as they seek protection from artillery bombardment.

Some analysts anticipate that when the data is fully sorted by public health and government officials, the death toll of COVID-19 will be significantly higher than the current 6 million casualties. Citing Edouard Mathieu, head of data for the Our World in Data Portal, the Associated Press reported that the death toll could be four times higher when excess mortality figures are fully studied. The AP reported that a team at The Economist speculated that those figures are between 14 million and 23.5 million.

“Confirmed deaths represent a fraction of the true number of deaths due to COVID, mostly because of limited testing, and challenges in the attribution of the cause of death,” Mathieu told the Associated Press. “In some, mostly rich, countries that fraction is high and the official tally can be considered to be fairly accurate, but in others, it is highly underestimated.”

Back to Normal – for Now?

New guidance from the U.S. Centers for Disease Control and Prevention suggests that about 90% of Americans can remove their masks while indoors with others and begin to return to a sense of normalcy. The federally-imposed mask mandate for traveling by commercial aircraft, bus and rail systems will expire on March 18. But the CDC said it’s wise to keep those masks handy, just in case a new surge appears, and mitigation efforts are once again imposed.

Can Deer Spread the Disease?

According to a recent report in The Philadelphia Inquirer, COVID-19 has been found in 29 different animals, including cats, dogs, ferrets, hamsters, tigers, mice, otters, and hippopotami. Most of those cases have not shown viral transmission between humans, but a few species have jumped from mink to humans and now from deer to humans, according to a new Canadian study. The Inquirer reported that the study found an infection in a person following unspecified “close contact” with infected white-tailed deer.

According to Canadian researchers, in the infected deer studied, the SARS-CoV-2 virus had “evolved to dozens of mutations not found in other strains.” This led the research team to proclaim this as “highly divergent.”  However, the researchers noted that these mutations appear to still be recognizable to the currently available vaccines, so they suggested there was no need to panic about these mutations.

Some people have discovered that COVID-19 infection can lead to additional complications down the road, including cardiovascular concerns. A recent study published in Nature Medicine showed a significant increase in the risk of heart disease and serious cardiovascular problems up to a year after the initial illness in some COVID-19 patients. Based on an analysis of 150,000 COVID patients treated in the Veterans Administration hospitals, the study found the incidence of cardiac and cardiovascular problems 4% higher up to 12 months after people were diagnosed with COVID-19 compared to those who were not infected. The study found that COVID-19 patients were about 63% more likely to have a heart attack and 52% more likely to have a stroke than the control groups, NPR reported. The research team noted that 4% was only based on 150,000 patients. The number is likely higher across the U.S., given the significant number of infections seen over the past two years.