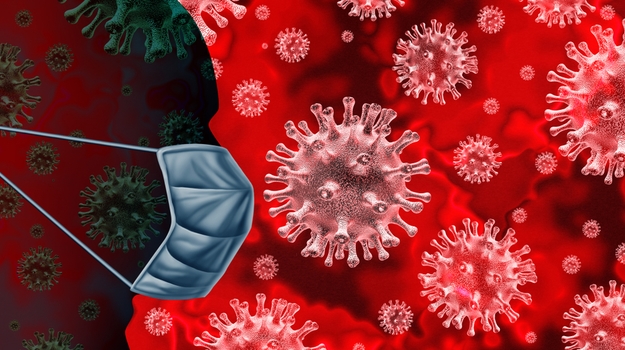 The outbreak of the coronavirus, now called COVID-19, is taking some unexpected twists and turns. Yesterday it was reported that there were more than 45,000 infections globally with more than 1,100 deaths. However, the Chinese health authorities have taken a different approach to how they count cases, largely due to a shortage of test kits.

Currently the number of confirmed cases exceeds 60,000 and there have been 1,367 deaths worldwide. All of the deaths except two have been in mainland China. Japan confirmed its first death. The other was in the Philippines. There was another death reported in Hong Kong. Only 14 diagnoses have been confirmed in the U.S.

The increase is numbers reported is related to China’s new approach to diagnoses. Previously, it only tallied a coronavirus case if the individual tested positive for the virus. Now China isn’t requiring a positive test but are confirmed if an individual is diagnosed by a physician or other health professional. The Chinese government says this will allow patients to be treated more quickly once the show symptoms.

Some experts, as well as some prominent non-experts, are suggesting the outbreak will end in April, when the cold and flu season dwindles. At a political rally, President Trump told his supporters, “Looks like by April, you know, in theory, when it gets a little warmer, it miraculously goes away.”

This is pretty much speculation. Luciana Borio, former director for medical and biodefense preparedness at the National Security Council, indicated that the actual number of cases is “much, much higher” than reported and “very concerning for a pandemic.” She added that it is “sufficiently lethal to stress severely the healthcare system” and “we need to brace ourselves for difficult weeks or months to come….”

Scott Gottlieb, former commissioner of the U.S. Food and Drug Administration (FDA), echoes that, noting that there are “certainly cases we don’t know about” in the U.S. and that we’re currently “capturing 25% of cases at best.” And in terms of a timeline as of mid-February, he noted, “We’re going to see those outbreaks start to emerge in the next two to four weeks.”

Although it is true that flu and cold viruses tend to peak in the winter months and dwindle in warmer weather, it’s still unknown if COVID-19 will follow that pattern or if all the factors involved are the same.

“Coronaviruses tend to be associated with winter because of how they’re spread,” Elizabeth McGraw, director of the Center for Infectious Disease Dynamics at Pennsylvania State University, told NPR. That is to say, people tend to stay indoors in larger groups of people in the winter months.

Another factor, McGraw says, is how the virus spreads via respiratory droplets, meaning when someone coughs or sneezes. “What we know is that they [the droplets] are better at staying afloat when the air is cold and dry. When the air is humid and warm, [the droplets] fall to the ground more quickly, and it makes transmission harder.”

But it’s unknown if that applies to COVID-19. MERS, for example, which was a coronavirus that originated in camels before it spread to humans, did not have a seasonal pattern. So far, COVID-19 does appear to have a seasonality pattern.

“We’ve seen, basically, explosive spread inside China of person-to-person transmission, so—in that sense—it really is behaving like a common-cold causing coronavirus,” said Amesh Adalja, an infectious disease physician and senior scholar at the Johns Hopkins Center for Health Security. “I do think seasonality will play a role. As this outbreak unfolds and we approach spring and summer, I do think we will see some tapering off of cases.”

Anthony Fauci, director of the National Institute of Allergy and Infectious Diseases, told NPR, “It’s not unreasonable to make the assumption” the cases will die down in spring. “We hope when the weather gets warmer it will diminish a bit. However, we don’t know that about this [new] coronavirus. We don’t have [a] backlog of history.”

And Nancy Messionnier of the Centers for Disease Control and Prevention (CDC) said, “I think it’s premature to assume that. We haven’t been through even a single year with this pathogen.”

Meanwhile, some efforts are being made to develop a vaccine, although it would be two to three months out before being created and potentially a year or longer before it became available. The NIH and Moderna are working on a vaccine, as are other companies, but STAT reported that no major biopharma company has indicated it will manufacture a vaccine, a situation Fauci called “very difficult and very frustrating.”

However, the Chinese New Year celebration just ended and not all people can work from home. Shanghai-based WuXi Biologics, for example, indicated it is “closely monitoring” the outbreak, but plans to have all three operating sites in China, Wuxi, Shanghai and Suzhou, resume operations. “Approximately 85% of staff are already back to the cities in which they work,” the company stated. “We have sufficient number of staff to resume operations. Overseas clients who plan to travel to China are recommended to conduct meetings via videoconferences or teleconferences.”

Contract research organization (CRO) Charles River Laboratories, which has operations in China, believes the outbreak will have a limited effect on its first-quarter results, according to FierceCRO. The company said, “First and foremost is the safety of our people and the animals in our care. Our leadership is working with local teams in China, monitoring developments and offering our help. As part of our monitoring, we are closely watching restrictions on the transport of research models and employees within and out of China.”

It is also noted that there are approximately 500 clinical trials being run in the city of Wuhan, the epicenter of the outbreak, with about 20% of all drug trials conducted in China. “Hospitals aren’t focused on clinical trials right now,” Ian Woo, president and chief financial officer of Everest Medicines, told Reuters. “They have plenty of other things to be focused on.”

Meanwhile, the Trump Administration called for a 16% cut to the budget of the CDC and a 10% cut to the budget for the Department of Health and Human Services. In addition to a 34.5% decrease proposed in the chronic disease category, there’s a 13% proposed budget cut for its infectious disease response budget and a 10% cut to public health services.