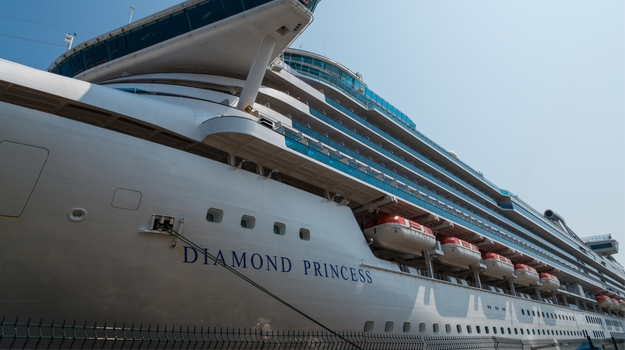 Every week there are numerous scientific studies published. Here’s a look at some of the more interesting ones.

As was closely watched in the media, passengers on the cruise ship Diamond Princess were quarantined for over two weeks because of the coronavirus that causes COVID-19. Now, a study conducted at Umea University in Sweden found that the quarantine infected more passengers than if they would have disembarked immediately.

“The infection rate onboard the vessel was about four times higher than what can be seen on land in the worst infected areas of China,” said Joacim Rocklov, professor of epidemiology at Umea University and principal author of the study, which was published in the Journal of Travel Medicine.

There were 3,700 passengers on the ship when it reached Yokohama, Japan. Japanese authorities did not allow any to disembark and the ship was placed in quarantine until February 19. Passengers showing signs of COVID-19 were separated as much as possible from other passengers. When the quarantine was ended, a total of 619 passengers had been infected.

“If the ship had been immediately evacuated upon arrival in Yokohama, and the passengers who tested positive for the coronavirus and potential others in the risk zone had been taken care of, the scenario would have looked quite different,” Rocklov said. “Our calculations show that only around 70 passengers would have been infected. A number that greatly falls short of the over 600 passengers the quarantine resulted in. The precautionary measure of putting the entire ship under quarantine was understandable, but due to the high risk of transmission on the ship, the decision is now questionable.”

On the other hand, the study also shows that if isolating potential carriers had not been conducted on the ship, another 2,300 people would have been infected.

Celiac disease is caused by an intolerance to gluten, contained in wheat, barley and rye. It affects 0.3 to 2.4% of the world’s population. Researchers at the University of Helsinki tested nanoparticles containing gliadin, an alcohol-soluble gluten fraction from wheat, to see if it would help celiac patients tolerate gluten in their diets. They found, in lab animals at least, that it may be possible to reprogram celiac patients’ immune system to tolerate gluten again.

Investigators found that by using certain drugs within a few days of a traumatic brain injury, it was possible to dramatically decrease the risk of developing epilepsy later in life. They worked on rats and focused on Toll-like receptor 4 (TLR4), which increases excitability in the dentate gyrus of the hippocampus after brain injury. Drugs like Resatorvid, which block TLR4 in the injured brain, unexpectedly caused epilepsy in uninjured brains. They theorize that if they can suppress the receptor within a day after brain injury, they could reduce or prevent the development of epilepsy.

Visceral Fat, the Kind Around Your Belly, Can Hurt Cognition

It’s been well known for some time that visceral fat, that kind that accumulates around your middle, characterized by an apple-shaped physique, is particular bad for your health. It causes quite a number of issues related to inflammation, diabetes and heart disease. Now researchers with Augusta University in Georgia have found that visceral fat stimulates inflammation pathways that can trigger cognitive decline. The primary culprit is interleukin-1 beta, stoked by the protein NLRP3. Interleukin-1 beta was found to be at higher levels in the hippocampus of lab mice with increased visceral fat, which led to impaired cognition.

How the Microbiome Restructures Body Chemistry

The microbiome is the trillions of microorganisms that inhabit the human body. Increasingly, they are found to play a role in numerous diseases and disorders, not just gastrointestinal illnesses. Researchers at University of California, San Diego (UCSD) created the first map of all the molecules in every organ of a mouse and the ways they are modified by microbes. One finding was the microbes control the structure of bile acids in both mice and people. This, in turn, changes how cells communicate and which genes are turned on or off at specific times and under specific environments.

CRISPR is a useful gene-editing tool, allowing researchers to pinpoint segments of DNA and snip them out and replace them with more functional segments. Now, researchers at Johns Hopkins Medicine have used CRISPR to make cuts in the DNA around lengthy tumor genes, which they say can be used to collect sequence information. The research was published in the journal Nature Biotechnology.

The researches focused on 10 breast cancer genes, using nanopore sequencing on breast cancer cell lines and tissue samples to identify a type of DNA modification called methylation. This is where a methyl group, a carbon atom with three hydrogen atoms attached, is added to DNA and acts as a switch that turns on or off the associated genes. In their study, they found an area in a gene called keratin 19 (KRT19) where there was decreased DNA methylation. Their use of CRISPR allowed them to create a much more in-depth read than conventional sequencing tools.

“Because we can use this technique this technique to sequence really long genes, we may be able to catch big missing blocks of DNA we wouldn’t be able to find with more conventional sequencing tools,” said Winston Timp, assistant professor of biomedical engineering and molecular biology and genetics at Johns Hopkins.