Legendary Bayer is Reinventing its Story with Cell and Gene Therapy 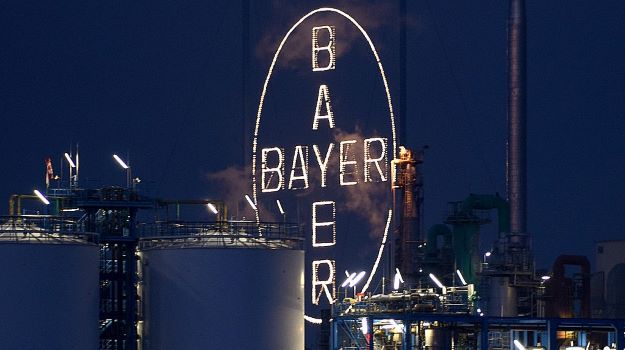 For the past few years, pharma giant Bayer has transformed its pipeline by acquiring multiple cell and gene therapy companies to create new opportunities. This has allowed the company to provide life-saving and life-altering therapies to patients with different disease types.

The new approach has energized the Germany-based life sciences giant known for inventing aspirin, its leading position in chemistry and the advancement of small molecules. Through multiple acquisitions, Bayer has bolted on new cutting-edge programs in four key areas of focus—iPSC, allogenic CAR-T, genome mutations, and gene editing. One year ago, Marianne De Backer, Ph.D., head of business development & licensing in Bayer’s pharmaceuticals division, told BioSpace that Bayer had to find pioneers in these fields and bring them into the fold to achieve its transformative goal. The move is beginning to show the fruit that will validate that decision.

On Tuesday, Christian Rommel, Ph.D., head of research and development t at Bayer, told BioSpace that he credits the Bayer leadership team for the “courage and vision” to lead the storied company through a new era. Rommel joined Bayer in early 2021 after spending seven years at Roche in various roles, including global head of oncology pharma research & early development. He was attracted to the company’s changes with the launch of the cell and gene therapy platform developed within its pharmaceutical division. The 150-year-old company established the platform to advance new approaches to treating a myriad of diseases.

“We are reinventing our story and becoming strong in new areas of the sciences,” Rommel said. “We look very different than we did a year ago.”

Rommel spoke to BioSpace the day after the company forged a collaboration with Mammoth Biosciences for their CRISPR technology expected to be used to develop in vivo gene-editing therapies. The companies plan to harness the CRISPR technology across five preselected in vivo indications, with the first focus on liver-targeted diseases. Rommel expressed his excitement about the potential of CRISPR technology and the promise that it can provide for patients with rare diseases.

“The Mammoth technology is a therapeutic approach in its own right. We will consider enabling that approach and plan to build a pipeline with them,” he said.

The potential that technology like CRISPR and other cell and gene therapy approaches offers to patients has had Bayer excited enough to open the purse strings and bolster its pipeline.

“You need a little bit of financial resources to keep innovating,” Rommel quipped. He then noted that these kinds of approaches have broken new ground in medicine and offer a glimmer of hope in developing cures for devastating diseases. “There is high risk in cell and gene therapy. But the rewards are promising.”

Rommel pointed to Bayer subsidiary BlueRock Therapeutics, acquired in 2019, and its pluripotent stem cell-derived dopaminergic neuron study in Parkinson’s disease. Last week, BlueRock closed out its first two cohorts in an open-label Phase I study. Ultimately, the company hopes its approach will replace lost neurons in the midbrain region of Parkinson’s disease patients. This could regenerate lost function in the brain and potentially reverse the disease.

“With BlueRock, we’re doing something that makes a lot of sense, but is so hard to do,” Rommel said. He said they are committed to the program but recognize that there are still hurdles to overcome.

In addition to BlueRock, Bayer also acquired AskBio in 2020 and partnered with Atara Biotherapeutics to develop off-the-shelf T-cell immunotherapies for high mesothelin-expressing tumors. And, just a few months ago, Bayer snapped up San Diego-based Vividion Therapeutics and its protein surface screening program. Rommel said the acquisition of Vividion will become a cornerstone of its new strategy to develop innovative therapies. Vividion’s technology platform uses chemoproteomics, chemistry and biology to find drug targets in previously “undruggable” proteins.

Rommel is keen on Vividion’s position under the Bayer umbrella. He said the innovation taking place at Vividion combined with the muscle of Bayer would lead to the development of first-in-class drug candidates that can provide new therapies for patients who are not well-served by existing treatments.

As part of its evolution, Bayer has taken a different approach with its recent acquisitions. The companies are brought under the Bayer umbrella, but they operate independently, at arm’s length. This approach aims to let companies maintain that sense of independence to foment entrepreneurial and scientific cultures. And that’s an approach that is paying off. Rommel disclosed that Bayer’s “arm’s length” approach appealed to Vividion. The company had been in the midst of an initial public offering when Bayer approached them with the acquisition offer. The San Diego company ultimately dropped the plans to go public to come under the Bayer umbrella.

“Vividion can be Vividion. They can do the innovative discovery work they set out to do,” he said.

While Bayer continues to assess mergers and acquisitions to advance its new cell and gene therapy division, Rommel noted that the coming months will be crucial as data come in from various programs the company has bought into with its aggressive investment strategy. He noted the company would have successes and failures, but what they learn from both will lead to better innovations for patients.

“For any R&D organization, it’s important to do this kind of work because it’s so inspirational and aspirational,” he said.