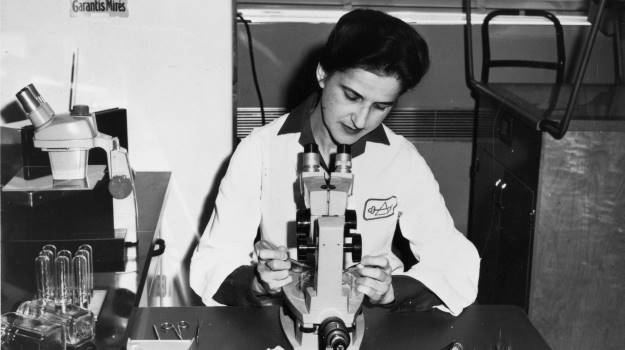 On January 3, 2022, a marvel of intelligence and ingenuity departed from the life science community in the form of Beatrice Mintz, who passed three weeks before her 101st birthday. Born in the Big Apple on January 24, 1921, Dr. Mintz would grow up to become one of the pioneering minds of modern embryology, whose trailblazing research would pave the way for current explorations of genetics.

Described as inventive, detail-oriented, and passionate by her colleagues, Mintz preferred to direct her skills toward the thickest of scientific brambles, and often purported the big questions “the only ones worth considering”. She first drove her keen intellect deep into the mysteries of embryonic development, combining two genetically distinct strains of mouse cells together in the same embryo to create what she termed “allophenic” mice, although the nomenclature was later disposed of in favor of the term “chimeric”.

In doing so, Dr. Mintz solved a variety of technical problems involved in attempting this experiment, drafting and publishing the designs of simple equipment that would enable the handling and culturing of her doublet-embryos.

“Regarding this aspect of her career, Bea enjoyed telling the story about how, during the early 1970s, site visitors from National Institutes of Health were taken to Bea’s mouse room, and upon seeing an oddly striped mouse that resulted from her allophenic approach, awarded her the grant on the spot,” recounted Jonathan Chernoff, M.D., Ph.D., Cancer Center Director at Fox Chase Cancer Center. “It was a classic Bea moment.”

After discovering the hierarchical nature of normal embryonic development through her doublet-embryo experiments, Dr. Mintz turned her focus towards the potential roles of stem cells in cancer. She was able to again utilize her “allophenic” hybrid embryos to overturn the previous assumption that cancer arose from multiple mutant cells by showing that it was possible for cancers to arise from only a single, developmentally arrested stem cell.

“Observing that cancers develop from a single cell rather than a combination, she established clonal regulation as cancer’s fundamental unit of development,” said Margaret Foti, Ph.D., MD (hc), CEO of the American Association for Cancer Research, in a story about Mintz that appeared in Temple Health Magazine.

Mintz went on to prove that tumors could be influenced by their microenvironment, and thusly that cancers themselves were not independent of their environment. This discovery opened up much of today’s pharmacological research into cancer biology.

Among her many accolades include the first Ernst Jung Gold Medal for Medicine, the National Medal of Honor for Basic Research by the American Cancer Society, and naturally, a Lifetime Achievement Award from the American Association for Cancer Research.

However, her obituary states that, “More than any of these honors, she was proudest of having been chosen for the Pontifical Academy of Science, where she advised Pope John Paul II about human embryonic stem cells”.