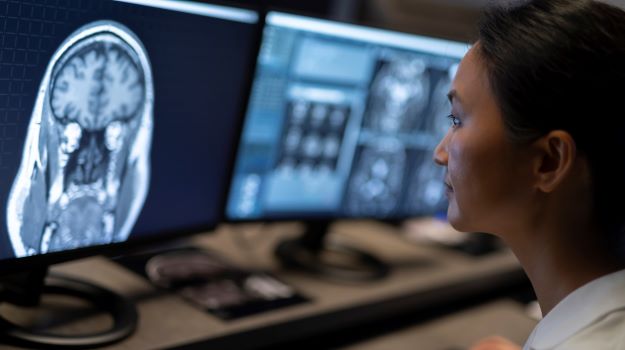 Last week, at the 2022 International Conference on Alzheimer’s and Parkinson’s Diseases, researchers from organizations around the world presented the latest data from clinical trials, study milestones and therapeutic breakthroughs. The conference offered a look at cutting-edge efforts to combat these debilitating diseases and what the research means for people affected by them.

Three of the major presentations covered Phase III clinical trials, each testing a different drug. The data showed mixed end results, but the diagnostics involved in treating Alzheimer’s were the star of the conference.

On Wednesday, a plenary lecture discussed the ENGAGE, EMERGE and PRIME studies evaluating aducanumab (sold under the brand name Aduhelm). Developed by Biogen and Eisai, Aduhelm is a monoclonal antibody drug targetting amyloid-beta plaque in the brain, which is thought to be a significant contributing factor to Alzheimer’s disease.

In June 2021, aducanumab was approved by the U.S. Food and Drug Administration via an accelerated approval pathway. The FDA is requiring Biogen to conduct a post-marketing trial.

However, aducanumab has been controversial. The drug’s relative benefit and cost has been questioned, and several FDA advisors resigned over its approval. Additionally, three patient deaths have been reported with potential links to its use.

The Committee for Medicinal Products for Human Use (CHMP) of the European Medicines Agency (EMA) gave the drug a negative opinion as well. But that did not deter Biogen from presenting two years’ worth of Phase III data at the conference.

Another presentation covered TRAILBLAZER-ALZ 2, a clinical trial on Eli Lilly’s Alzheimer's candidate donanemab, another monoclonal antibody. In Lilly’s series of TRAILBLAZER-ALZ clinical trials, donanemab significantly decreased amyloid-beta plaque in the brain. The drug also slowed progression of tau, another abnormal protein found in patients with Alzheimer’s disease. As a result, patients experienced slower cognitive decline than patients without treatment. The TRAILBLAZER studies are also significant in that they were the first to use a blood biomarker, P-tau 181, to prescreen patients.

This study was also the first trial to ever use amyloid PET imaging and tau PET imaging as biomarkers to select patients.

In an interview with BioSpace, Dr. Howard Fillit, M.D., co-founder and chief science officer at the Alzheimer’s Drug Discovery Foundation (ADDF), gave his opinion on these trials.

“It’s incredible that a drug can remove amyloid plaque, one of the major pathologies of Alzheimer’s disease,” he said. “But when the pharmacology worked, researchers had to ask the question, which has been around for decades: does amyloid plaque cause a cognitive decline? If we remove the amyloid, can we slow the rate of cognitive decline in Alzheimer’s disease? Amyloid is just one piece of the puzzle and to conquer this disease, researchers are looking to the biology of aging, which approaches disease treatment on several fronts to target the many biological processes that go wrong in the aging brain to cause Alzheimer’s.”

A third significant presentation at the conference covered the AHEAD 3-45 study of lecanemab, an anti-amyloid beta protofibril antibody being developed by Eisai.

This trial is significant because it also used a blood biomarker, C2N’s PrecivityADTM test, to enroll patients and measure the efficacy of the drug. Blood tests may detect Alzheimer’s biomarkers and buildup of brain amyloid earlier than PET scans can. Not only can this help patients get treatment faster, it also enables researchers to enroll patients more quickly and more accurately in clinical trials.

“I really hope that in the future we can use more biomarker blood tests and PET scans to diagnose Alzheimer’s disease,” Fillit said. “It’s like cancer. When cancer started out, researchers used similar chemotherapies on everyone. Now, they test your biomarkers before making a diagnosis so they know which medications will be most useful. Now we are in a modern era of Alzheimer’s research with new advances in biomarkers that allow us to make clinical trials more rigorous and effective than ever.” Fillit added that this has been seen during the various anti-amyloid trials presented at the conference.