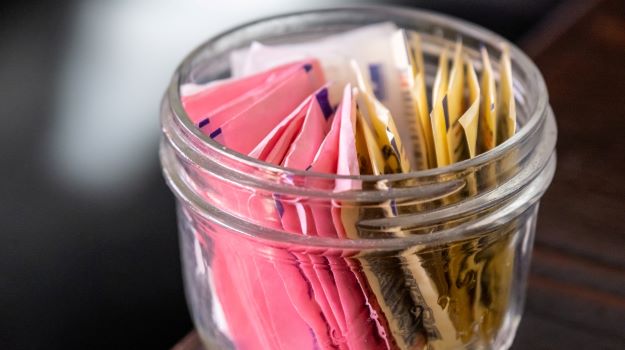 A new study from France counters conventional understandings regarding artificial sweeteners and their relationship with cancer. The study suggests that artificial sweeteners, which are readily available in coffee shops and used in diet soft drinks, increase the risks of breast cancer and obesity.

The study, conducted by the French National Institute for Health and Medical Research, and Sorbonne Paris Nord University, suggests that there could be about three more incidents of breast cancer per 10,000 people.

The study examined self-reported health data from 102,865 French adults. The researchers honed in on the use of artificial sweeteners in these individuals. The findings published in PLOS Medicine suggest that those who consumed large quantities of artificial sweetener, approximately 79mg per day, had a 13% higher risk of overall cancer. Higher risks were observed for breast cancer and obesity-related cancers, the scientists said. Use of aspartame suggested a 22% increase.

The French data, if true, contradicts previous large-scale studies. In Europe, the Food Safety Authority has claimed that artificial sweeteners are not harmful as long as maintained within a recommended daily limit. For aspartame, Bloomberg noted that the daily limit is equal to a 12-pack of diet cola.

“While these results need to be replicated in other large-scale cohorts and underlying mechanisms clarified by experimental studies, they provide important and novel insights for the ongoing re-evaluation of food additive sweeteners by the European Food Safety Authority and other health agencies globally,” the French research team said in their report.

However, there are some critics of the study noting that it relies heavily on self-reporting dietary intake.

Also this week, researchers found microplastics in the blood of humans for the first time. The new study found that blood samples from 17 of 22 health people had quantifiable amounts of plastic particles in their blood. More tests will be needed to determine the health risk of these materials.

Plastics typically end up in humans through the ingestion of fish and other animals that have ingested plastics due to their environments having been contaminated by plastic disposal.